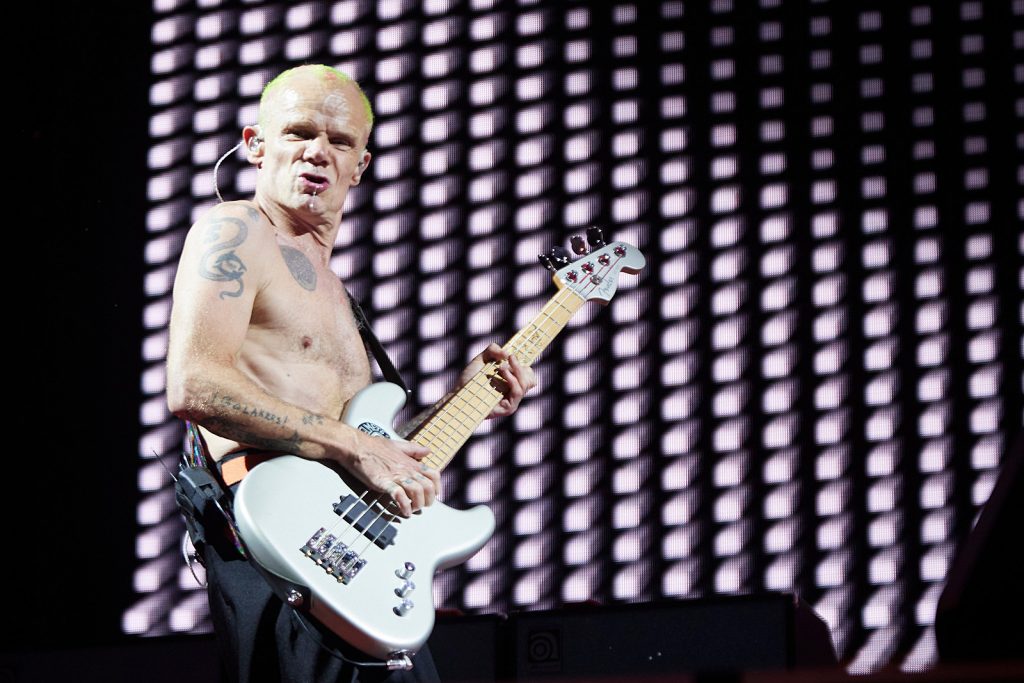 According to Setlist.fm, the 18-song set pulled heavily from their two most recent LPs with Frusciante, the 2006 double-album Stadium Arcadium and April’s Unlimited Love. The quartet played four cuts from the former (“Charlie,” “Snow (Hey Oh),” “Hey” and “Tell Me Baby”) and five from the latter (“Black Summer,” “Aquatic Mouth Dance,” “Whatchu Thinkin’,” “Here Ever After” and “These Are the Ways”).

You can see fan-shot clips from the show below.

They staged the gig over a month after their headlining appearance at the New Orleans Jazz & Heritage Festival, during which they honored late Foo Fighters drummer Taylor Hawkins. Chili Peppers drummer Chad Smith played the show with “Taylor” emblazoned on his kit and at one point encouraged the crowd to chant “We love Taylor!” in unison.

Watch Red Hot Chili Peppers Play ‘These Are the Ways’ With Tease of Jimi Hendrix’s ‘Hey Joe’ in Seville, Spain, 6/04/22