Rejuvenated Sammy Hagar Now in the ‘Middle of a Writing Spree’ 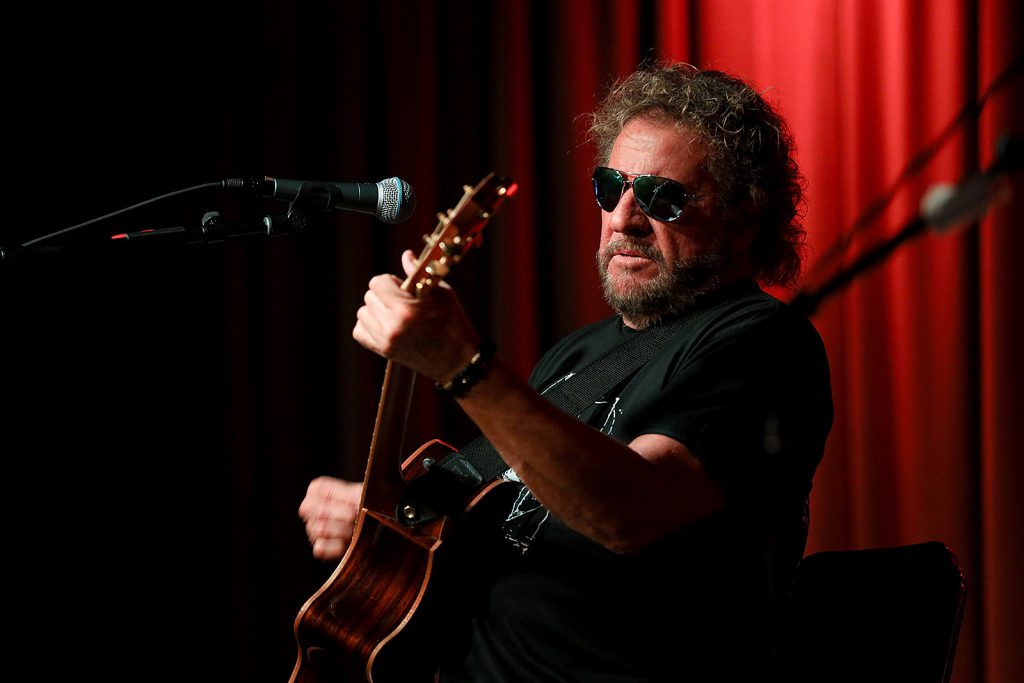 Sammy Hagar stayed active musically throughout the pandemic, jamming virtually with his bandmates in the Circle, but he “got in a block” when it came to writing new material. But the creative logjam cleared and he says he’s now on a songwriting tear.

One original song, “Funky Feng Shui,” emerged at the very beginning of the endeavor, which started as a challenge from Bonham. But Hagar held back on any further new material, choosing to focus instead on some favorite covers, including songs by the Who, AC/DC, Bob Marley and a four-pack of Van Halen cuts.

“I couldn’t write, because it was all negative shit,” Hagar tells UCR. “I don’t write about negative things. I have the hardest time sitting around and going, ‘Hey, I wanna kill myself; I wanna jump off a bridge,’ pointing fingers or being too much of a protesting rebel. ‘I Can’t Drive 55’ is my biggest protest song. So that’s the kind of protester I am.”

Hagar recognized in the moment that “there was really nothing to write about that wasn’t negative,” and says he felt like, “I don’t wanna be layin’ this shit on the people.”

As the world began to open back up, however, his creativity came flooding back. “I’m in the middle of a writing spree right now,” he says. “I’ve got five new songs that I’ve written recently, and I’m singing a demo for another one.”

Hagar hopes to complete an EP’s worth of new songs with the Circle, working from the stash of material that he’s accumulating. “I’m looking at really writing five or six great songs,” Hagar explains. “No filler. Every one of them, I want to say that ‘This is the best song that I’ve written’ and then the next one, ‘Nope, this is better than that one and this is better than that one’ and put out just five great, great songs and be happy.”

If Hagar has his way, the sessions would be produced by Dave Cobb, known for his work with Jason Isbell, Chris Stapleton, Dawes and many others. “His records sound so honest and real. He captures soul,” Hagar notes. “I think that’s my dream – and I’m not making an announcement, that’s for damn sure. It probably wouldn’t be until mid-next year that I’d get it done.”

He and Cobb renewed conversations after an initial inquiry when the producer got in touch to let Hagar know that he wanted to do an album. “I said, ‘Oh wow, great,’” Hagar remembers. “I’d listened to his stuff and Chris Stapleton alone, but he’s done so much more.”

Cobb has built a sterling reputation working in a number of genres, particularly country and Americana, and that could scratch Hagar’s long-held itch to do a roots-focused record. The producer, who’s name-checked Hagar’s 1982 Standing Hampton solo album as one of his favorites, actually had a different idea.

“He goes, ‘No, no, no, no. We’ve got to make the definitive Sammy Hagar record. C’mon, dude!’” Hagar says. “And I’m going, ‘You know, I’m just not writing like that anymore!’ He said, ‘Well, start sending me some stuff!’

“I just never got inspired to write for a record until I did [the Circle’s Space Between in 2019], and then our schedules didn’t hook up, so I just did it myself,” Hagar concludes. “But now we’re talking again. He’s so good.”