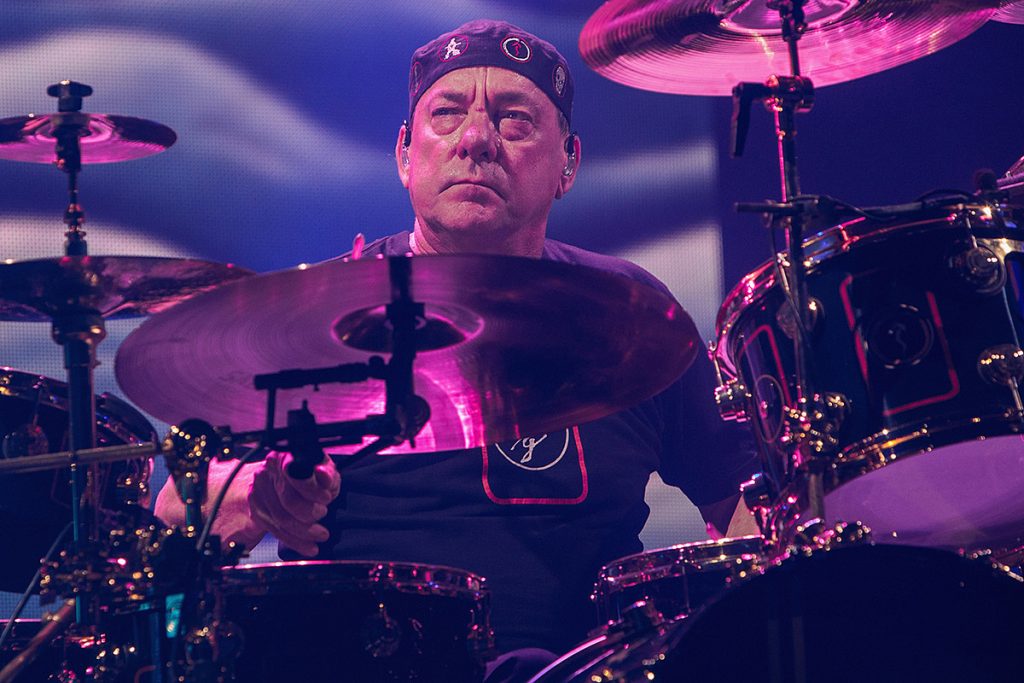 The death of Neil Peart of Jan. 7, 2020 cemented a truth that rock fans had been coming to terms with for years; that the classic lineup of Rush will never take the stage together again.

As somber as that statement is, it also elevates the historical significance of Rush’s final concert, Aug. 1, 2015.

The performance marked the band’s 25th appearance at the Forum in Los Angeles. The final date of their R40 tour saw the band reaching back throughout their catalog, delivering an assortment of classic hits and fan favorites.

Of course, even before the band hit the stage that night, the writing appeared to be on the wall. Though no one wanted to use the term “farewell tour,” it appeared as though R40 was indeed a goodbye trek. “It’s clear we are at a point in our career that we have to slow down, and slow down dramatically,” frontman Geddy Lee told VH1 at the time of the tour. “I’m not a guy who’s in love with the farewell tour idea – but it’s clear this is going to be the last big tour we’re going to do, for a while anyway.”

Of all the voices calling for the end of touring, Peart’s was the loudest. The drummer was already suffering physical ailments due to his demanding life on stage. Peart was also determined to spend more time at home with his family, especially his young daughter. “It’s a true dilemma,” the drummer told Prog magazine. “Should I be excited about leaving my family? No, and no one should. I’ve been doing this for 40 years. I know how to compartmentalize. I can stand missing her, but I can’t stand her missing me. I’m causing pain.”

And so R40 would serve as both a farewell and retrospective, giving fans a chance to celebrate Rush’s revolutionary influence on prog rock spanning 40 years. The set list largely stayed the same throughout the tour, opening with 2013 single “The Anarchist” before progressing through songs like “Far Cry,” “Distant Early Warning,” “Roll the Bones” and “Subdivision.”

Following a video interlude, the band would return to the stage for a second set, launching with the signature song “Tom Sawyer,” the powering through a bevy of classic tracks, including “The Spirit of Radio,” “Closer to the Heart” and “2112.”

Though this wasn’t the first time Rush had delivered a career spanning performance, Lifeson would later admit that R40 had a different feel. “In the past when we’ve celebrated our anniversary — like, for example, our 30 tour 10 years ago, it was a bit of a retrospective as well. We kind of tried to reach back and balance the live set with material from our entire career,” the guitarist explained. “But [with R40] we focused a lot more on looking back from the present right back to the very beginning.”

The stage production also reflecting this “looking back” theme, with the set continually changed to echo various moments in the band’s storied career. By the time Rush returned for their encore, the trio was performing in front of a simple red curtain with one guitar amp and one bass amp on stage. The curtain was eventually lifted, revealing a high school gym with a basketball hoop on the video screens, an image harkening the the band’s humble beginnings. The last song performed by Rush would be “Working Man,” the classic track from their self-titled 1974 debut album.

Lee thanked the audience for “40 amazing years,” before giving fans a final parting thought: “I do hope we meet again sometime.”