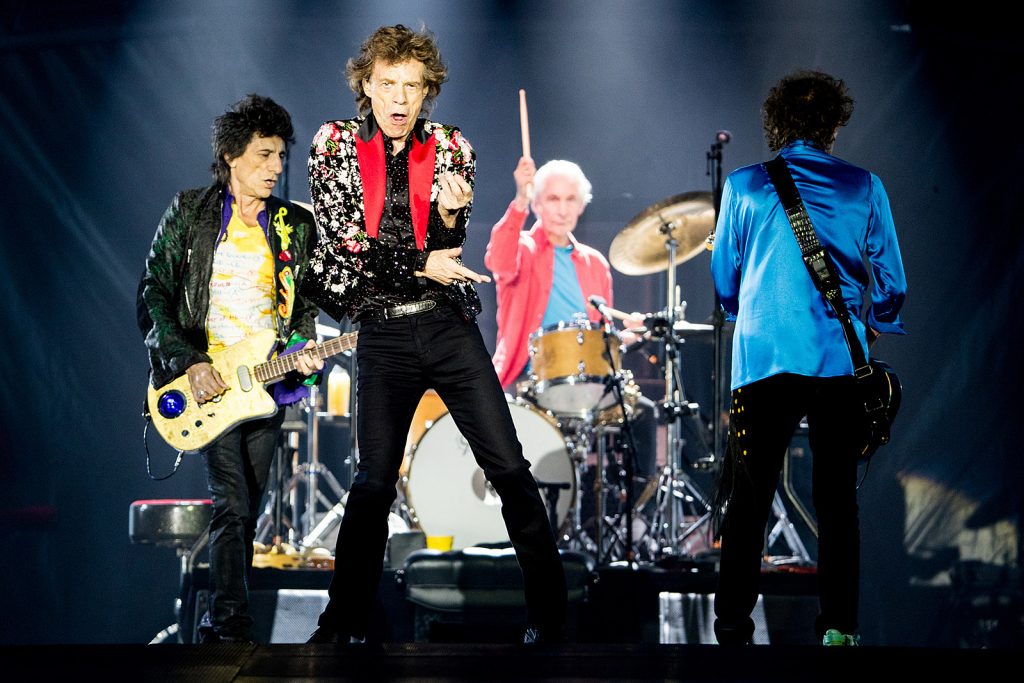 Fan footage of the Rolling Stones‘ last concert with drummer Charlie Watts has begun to recirculate following the news of Watts’ death at the age of 80.

Watts last took to his throne on Aug. 30, 2019, for a rousing, two-hour show at Hard Rock Stadium in Miami Gardens, Fla., as part of the Stones’ No Filter Tour. The trek, which began in 2017, was scheduled to conclude in 2020 but was postponed due to the coronavirus pandemic.

The 2019 Miami Gardens show included plenty of Stones classics, such as “Jumpin’ Jack Flash,” “Sympathy for the Devil,” “Honky Tonk Women” and “Paint It, Black.” Watts ended his live tenure with the Stones with a one-two punch encore of “Gimme Shelter” and “(I Can’t Get No) Satisfaction.”

You can see footage of the show and the full set list below.

Watts had announced earlier this month that he would sit out the fall 2021 leg of the No Filter Tour after undergoing unspecified surgery. Drummer Steve Jordan, who has played on all three of Keith Richards‘ solo albums, was set to take his place.

“For once my timing has been a little off,” Watts joked in a statement. “I am working hard to get fully fit but I have today accepted on the advice of the experts that this will take a while. After all the fans’ suffering caused by COVID, I really do not want the many fans who have been holding tickets for this tour to be disappointed by another postponement or cancellation.”

Despite providing the backbone for arguably the biggest stadium-rock band of all time for nearly 60 years, Watts never hid his disdain for touring. “I love playing the drums, and I love playing with Mick [Jagger] and Keith and Ronnie [Wood],” he said in 2018. “I don’t know about the rest of it. It wouldn’t bother me if the Rolling Stones said, ‘That’s it – enough.'”

Jagger said last summer that the Rolling Stones were working on a new album, but it’s unclear how much they had completed. The singer told the Zoe Ball Breakfast Show that the new material “sounds pretty good to me” but also warned expectant fans, “Don’t hold your breath!”

Rolling Stones, Miami Gardens, Fla., Aug. 30, 2019
“Jumpin’ Jack Flash”
“It’s Only Rock ‘N’ Roll (But I Like It)”
“Tumbling Dice”
“Out Of Control”
“Under My Thumb”
“You Can’t Always Get What You Want”
“Sweet Virginia”
“Dead Flowers”
“Sympathy For The Devil”
“Honky Tonk Women”
“You Got The Silver”
“Before They Make Me Run”
“Miss You”
“Paint It Black”
“Midnight Rambler”
“Start Me Up”
“Brown Sugar”
“Gimme Shelter”
“(I Can’t Get No) Satisfaction”