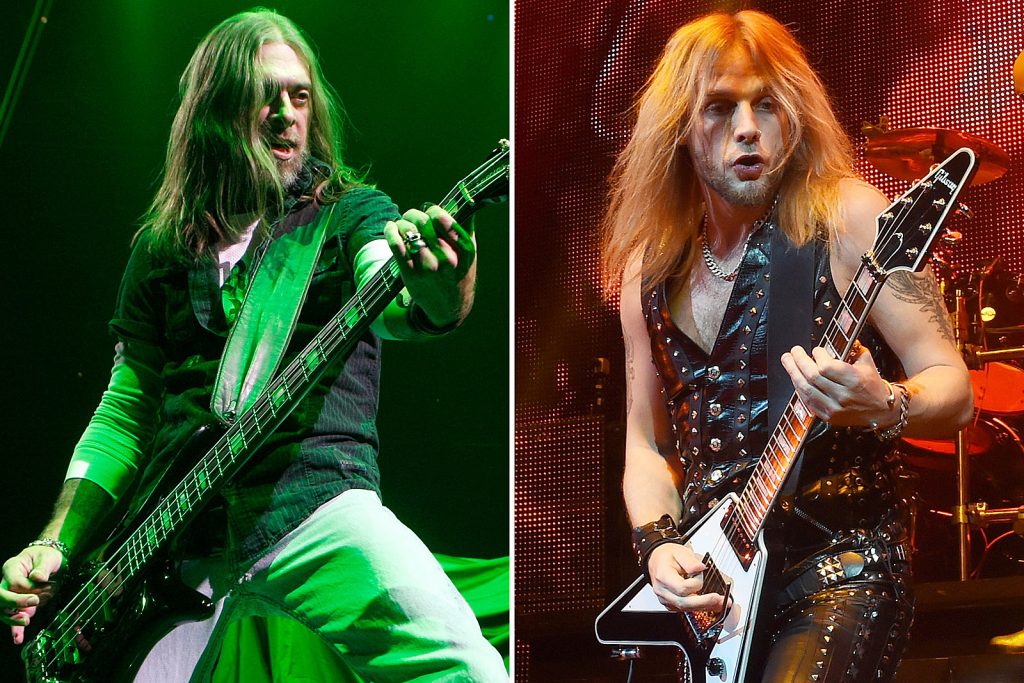 “Richie and I have become really good friends, and it’s really progressively heavy and cool,” Brown said in a new episode of Tone-Talk, available below. “Richie is a very melodic player, and then it’s got my drummer that played on my first solo record. They tracked him playing on one of those electronic kits, and they sampled the sounds [from] a real kit, which I’m not too crazy about. That’s not the way I would do it, but it’s Richie’s record. And he’s got a new singer now.” He added that the experience had been “a real thrill” but noted: “I don’t know when that’s coming out.”

Last month Faulkner said (via Brave Words) that the project had come about when he decided to “get some songs I’ve been working on, get them together, polish them up, get some people together that I respect in the music business and record some stuff.”

“As far as stylistically, it’s always hard to tell, really,” he continued. “You just do what you do. You can hear where the roots are, from Priest, but I think it’s different enough to be its own monster. And then hopefully someone else interprets it in their own way and hears something completely different to what I hear.”

The Best Song on Every Judas Priest Album