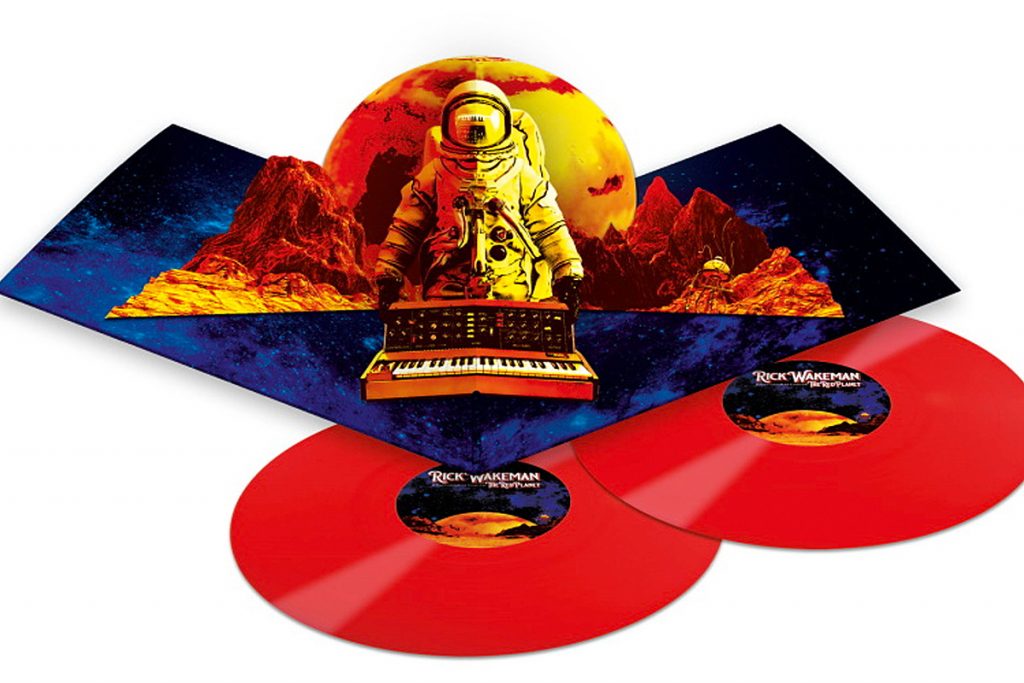 Rick Wakeman is returning to full-scale progressive rock with his new album, The Red Planet, out on April 3.

In a statement about the LP, which includes eight new compositions, the former Yes keyboardist joked about the idea of pushing the “prog fader” up to 11. “That could be a problem,” he said, “as it’s already at 14!”

The Red Planet, which Wakeman produced alongside Erik Jordan, features a blend of analog and modern keyboards. His backing band — which revives the name “the English Rock Ensemble” used on several earlier Wakeman records — includes guitarist Dave Colquhoun, drummer Ash Soan and bassist Lee Pomeroy. The latter recently toured with Wakeman as part of his iteration of Yes alongside Jon Anderson and Trevor Rabin.

The album is available to pre-order in multiple formats, including download, CD, vinyl and deluxe editions with a bonus DVD. The first 1,000 vinyl will be signed and numbered, available on 180-gram double-red LPs and bundled in a special “pop-up” packaging. The keyboardist is also offering higher-end packages, including a $3,250 order that also includes an “Admiral Associate Producer Credit.”

Wakeman, Anderson and Rabin formed their own version of Yes in 2016 and staged multiple tours, including a 50th-anniversary jaunt that wrapped in fall 2018. In August, the keyboardist continued to tease the possibility of recorded material, telling Billboard they have “a couple things” they consider “good enough” but refuse to “release stuff for the sake of releasing it.”

He also noted that the band has “come to the end of the road” and will likely split after a final tour in 2020. “I think we’ll thoroughly enjoy another [tour], and then I think we can sort of proudly close the lid on it, very happy in our belief that we’ve done it proud,” he said.