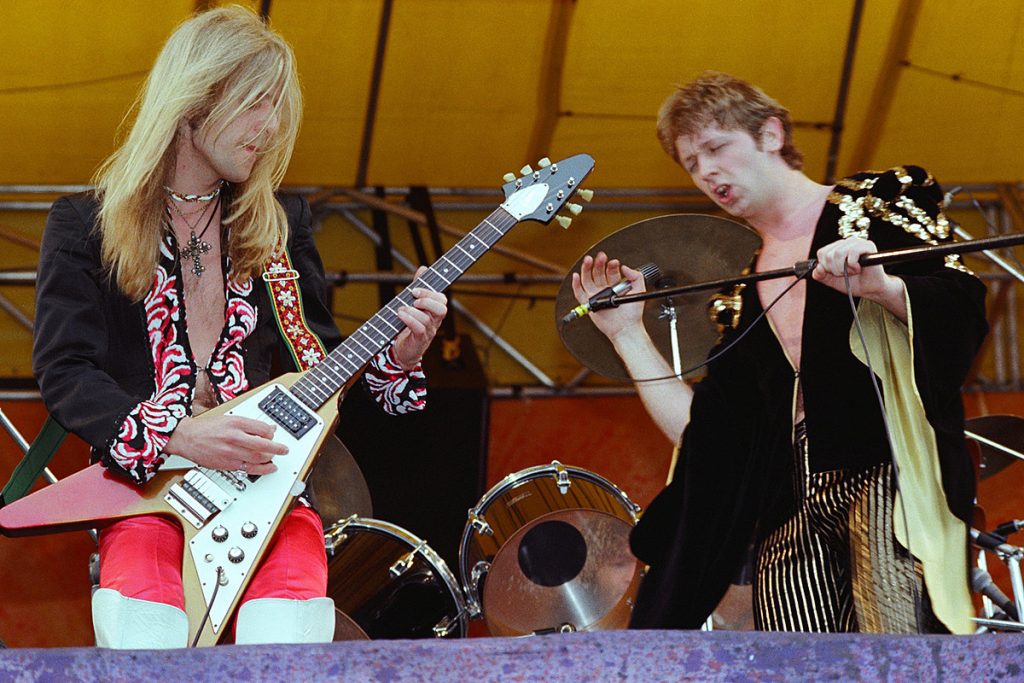 As Judas Priest approach their 50th anniversary, singer Rob Halford is reflecting on the importance of the band’s earliest years.

In an exclusive interview with UCR, the legendary rocker admits many aspects of the group’s early days seem “incomprehensible” now, including their frenetic pace of recording and touring. From the time they unleashed their 1974 debut, Rocka Rolla, through 1984’s Defenders of the Faith, the metal icons released a staggering nine albums.

“I can’t even recall how we did it,” Halford confesses, looking back. “Because we were also touring and we were touring the world. I mean, how did we manage to get that to work? I just have blurry metal memories of finishing a tour and just going straight into writing mode.”

Driven by young ambition, Halford and the members of the band had a seemingly limitless supply of energy, fueled by a desire to grab hold of the success they envisioned. “No matter where you are in music, you’re so full of the dream and the dream is happening and the amount of creativity and excitement and energy and determination is roaring,” he explains. “So that’s obviously what we were doing, we were running with it.”

Though the frantic speed of work sounds exhausting, Halford believes the prolific output from those early days laid the groundwork of the band’s success. “There’s absolutely no doubt in my mind that if we hadn’t have done that work, that initial metal purge, things could have turned out completely differently,” the frontman opines. “Particularly from the American side of things, because we were one of the first British metal bands to really gain traction throughout the United States. So a good portion of the success and the longevity of the life of Priest and 50 years came from the first 10 years.”

Halford has hinted that Judas Priest have big plans to honor their 50th anniversary in 2020. The singer sees the milestone as “another opportunity to delve deep into various other songs we’ve not yet explored.” Still, he cautions it’s too early to talk about what the band has in store. “We’re really looking forward to it,” he says.

It’s possible Judas Priest could have even more to celebrate in 2020. The band is nominated for the Rock and Roll Hall of Fame, and Halford has expressed excitement at the possibility of induction.