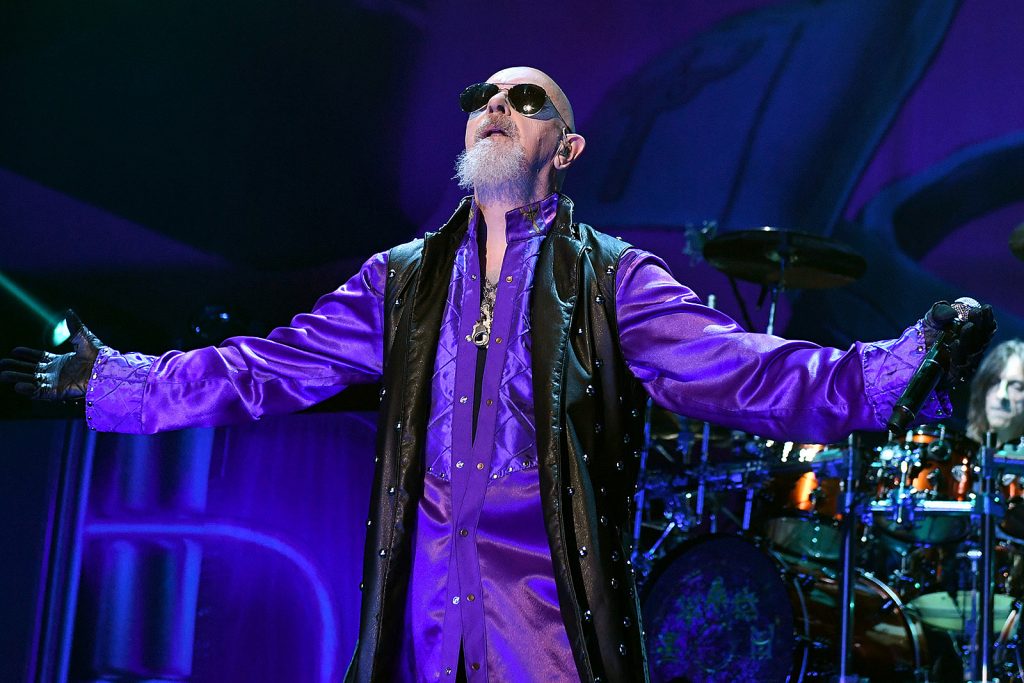 Rob Halford said Judas Priest have never risen to the level of making “fuck-you money,” despite 50 years of hard work.

The singer recalled how at the beginning of their careers, they had to beg their first record label for enough financial support to be able to quit their day jobs and focus fully on music.

“I was living at my parents’ house, and I remember the postman knocking at the door and handing me my one copy of the record,” Halford recalled to Classic Rock the period surrounding Judas Priest’s debut album, 1974’s Rocka Rolla. “I was, like: ‘Ker-ching!’ If only I knew. … We were on nuppence [no pence] a week from the label. We’d been doing shows up and down the country nonstop, we were getting a strong following and we were saying to them, ‘Why can’t you support us? We only want a fiver [£5] a week. That’s all we need to be able to quit our day jobs.’”

But Halford said the band never thought of giving up. “Even when me and [bassist] Ian [Hill] were stuck in the back of a broken-down van in Germany, and it was minus-30 Celsius outside,” he insisted. “The guys had gone off to get help, except they hadn’t, because they were at some local club getting pissed and having a knees-up while me and Ian nearly died of hypothermia. They got back at nine or 10 in the morning, and we’re covered in frost. Ian looked like a cross between Chewbacca and a yeti. He was pulling icicles out of his beard. But the hard times are the memories you cherish the most.”

Halford was asked at what point they started to make “fuck-you money” – a level of income that meant they could reply “fuck you” to anything they didn’t want to do. “Hand on heart, I don’t think we’ve ever been able to say we’ve had fuck-you money,” he said. “One of the most beautiful moments I had was when I got my first big royalty check, and I bought my little house in Walsall. Which I’ve still got. I was able to buy that house, cash, for 30 grand. That’s as probably as close as I got to fuck-you money.”

It’s no exaggeration to say that the New Wave of British Heavy Metal saved metal from itself.