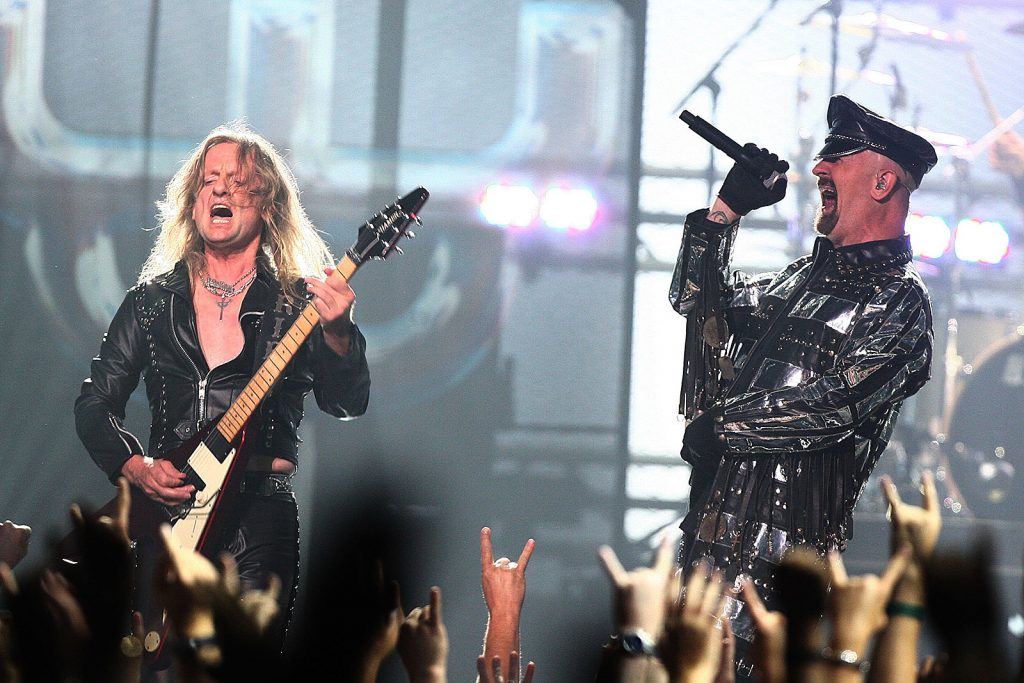 Guitarist K.K. Downing says his former bandmate Rob Halford recorded songs for solo projects that should have been used for Judas Priest instead.

“I think I was the valid member who was very loyal and true,” Downing tells UCR in a new interview. “I didn’t record with other musicians. I didn’t have my own web shop. I never sold my own merchandise. I was the loyal Priest fan. If I had strong material, it always went to Judas Priest.”

Halford, “had some pretty good songs” when he was working with producer and songwriter Roy Z. “I think those songs should have come to Judas Priest, really,” he says. “Everything I had, if it was strong, came to Judas Priest. I never took strong material and took it elsewhere.”

In an earlier interview with the Ex-Man with Doc Coyle podcast, Downing said that he “skirted through that period” involving his departure from the group in his 2018 memoir, Heavy Duty: Days and Nights in Judas Priest.

Expanding on the subject, he tells us he doesn’t know why he didn’t go into greater detail about the split in his autobiography. “It was a bit scary writing a book, really,” he admits. “When I was actually regressing back to my childhood, it got so emotional at times. I think you get on a bit of a different wavelength.”

“As you get older, I think you take stock in reality. Maybe, the very beginning and the very end are the most important things, I think,” he continues. “Everything that happens in the middle, it’s just a minefield, isn’t it? A serious rollercoaster.”

He says he continues “remembering things” all of the time since he wrote Heavy Duty and that there was also a reason for brevity on certain subjects. “I think if I’d gone into detail about everything in the book, I think it would have been too thick of a book to read, really,” the guitarist notes. “I needed to keep it down to a certain length.”

But he allows that “the details are pretty important” when it comes to his 2011 exit from the group that he helped form more than 50 years ago. “I think the fact is that what happened shouldn’t have happened, anyway.”

Things came to a head near the end of 2010. “When Rob released two studio albums and did a world tour that year, it wasn’t sitting well — not just with me, not with anyone,” he says. “There was a lot of circumstances. It just felt like if there was issues that really needed to be discussed, then they would get resolved, but not by me. I was just kind of being expected to tag along with the people that had assessed that they’d resolved the issues. I think enough becomes enough.”

Downing is carrying forward with KK’s Priest — his new group that reunites him with former Judas Priest bandmate Tim “Ripper” Owens. Sermons of the Sinner, their debut album, will be released August 20. Two singles, the title track and “Hellfire Thunderbolt,” have already been released from the forthcoming set.