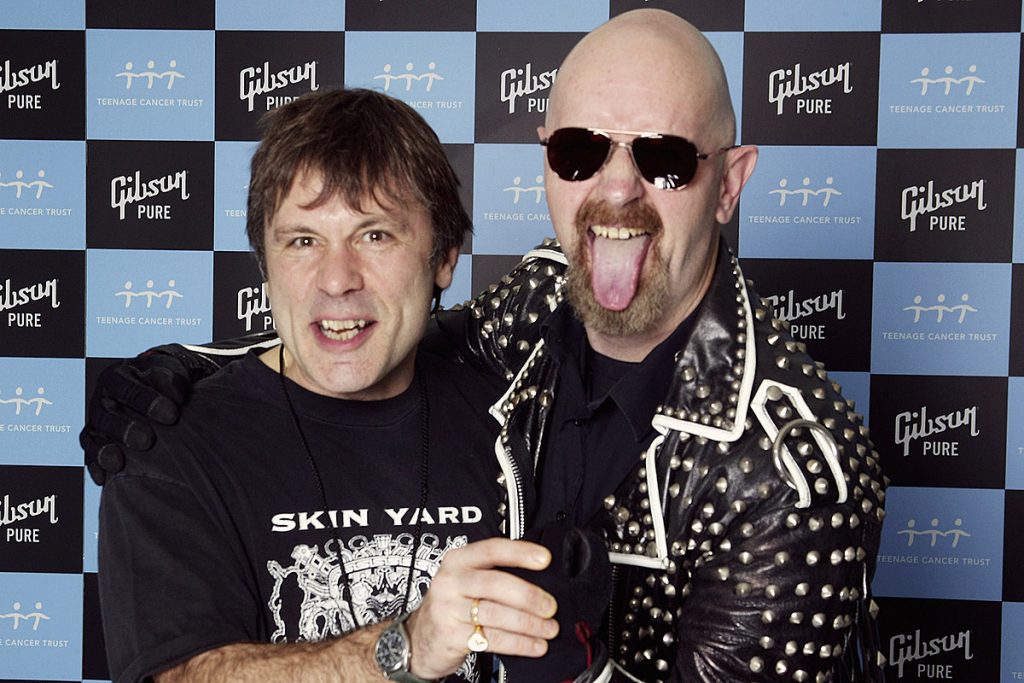 Judas Priest singer Rob Halford said he wanted his band to tour with Iron Maiden, after being forced to abandon hopes for a four-group road trip with Black Sabbath and Motorhead.

Priest and Maiden became rivals during the ‘80s as Bruce Dickinson’s band rose through the ranks – but Halford said it was all in good faith.

“My dream had always been to have, like, ‘The Big 4 of the U.K.,’” he told Consequence of Sound, referring to the Metallica, Slayer, Megadeth and Anthrax shows of 2010 and 2011. “I’d always dreamed of Black Sabbath and Motorhead and Priest and Maiden as ‘The Big 4’ doing something in the U.K. Sadly, two-fourths of that has gone, but the music lives forever. That’s the main thing.”

Turning to the idea of a tour with Iron Maiden, Halford said he thought “both bands would look to do that. It’s all about the timing of doing such a thing. We’re good friends. When we talk about rivalry, healthy rivalry, it’s like the Arizona Cardinals and the Raiders, or the Phoenix Suns and Golden State Warriors. … It’s a fun rivalry. But I think both bands have admired each other throughout the metal years, and it would be a spectacular event. … Please, before we all die!”

Last month, Halford discussed the challenge of following up Priest’s most recent album, Firepower – the highest-charting LP of their career. “Guitarist Glenn Tipton is always noodling away, even though he doesn’t tour that much now,” the singer said. “ He’s always putting riffs down. We have vaults of so many rifts. It’s just incredible. So it all starts with the riff, mostly, in what we do.”

He added that Firepower “is going to be quite difficult to top, but we’ll do everything we can to cut another great record. And that’ll happen at some point.”