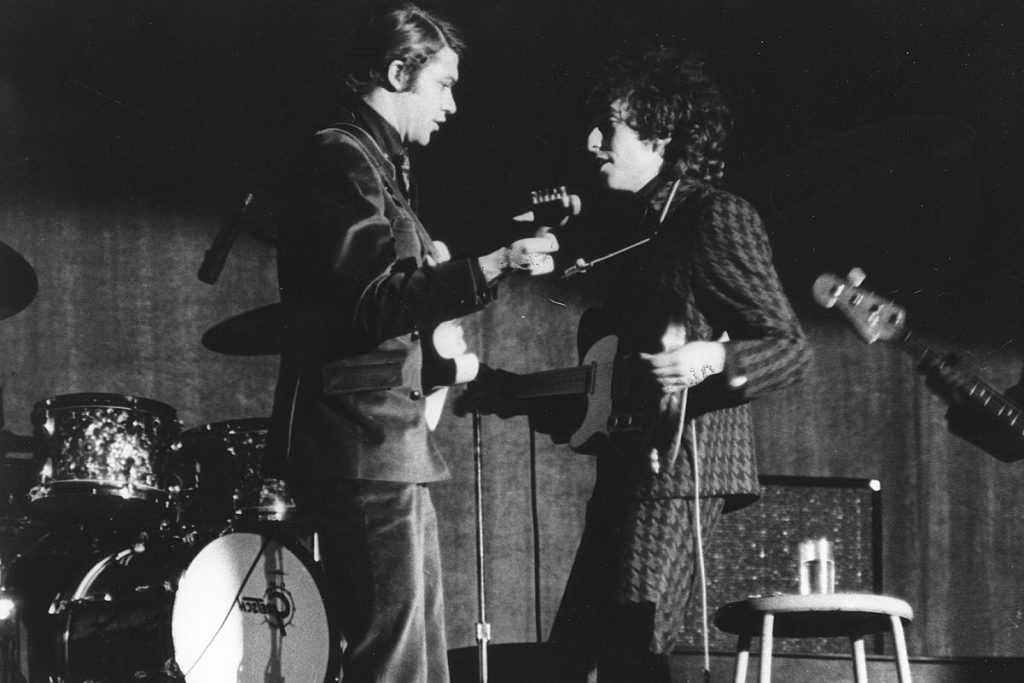 The Band guitarist Robbie Robertson described Bob Dylan’s early electric tours as a “war” they went through together, making them a “brotherhood” forever after.

The group faced angry outbursts from audiences as Dylan began to move away from his acoustic folk-rock roots in the mid-‘60s.

“When people boo you night after night, it can affect your confidence,” Robertson told the Guardian in a new interview. “Anybody else would have said, ‘Well, the audience isn’t liking this, let’s change what we’re doing.’ We didn’t budge. We went out there and just played this music, and the more the booed, the louder we got.”

Despite his comments, Robertson said he didn’t dwell too much on his personal history. “It’s a big part of the journey and a big part of the story, and I completely understand that,” he said. “But it’s not what I do. It’s what I did.”

He accepted that he and Dylan were no longer close, adding that they last met several years ago. “He’s always on the road, and I’m never on the road,” he explained. “He’s out there, and I think that keeps the blood flowing for him, and I admire that very much.”

However, Robertson said the pair reconnected after Dylan watched Robertson’s new documentary, Once Were Brothers, noting that they’ve “got an idea that we might pursue together. So we’ll see what happens.”