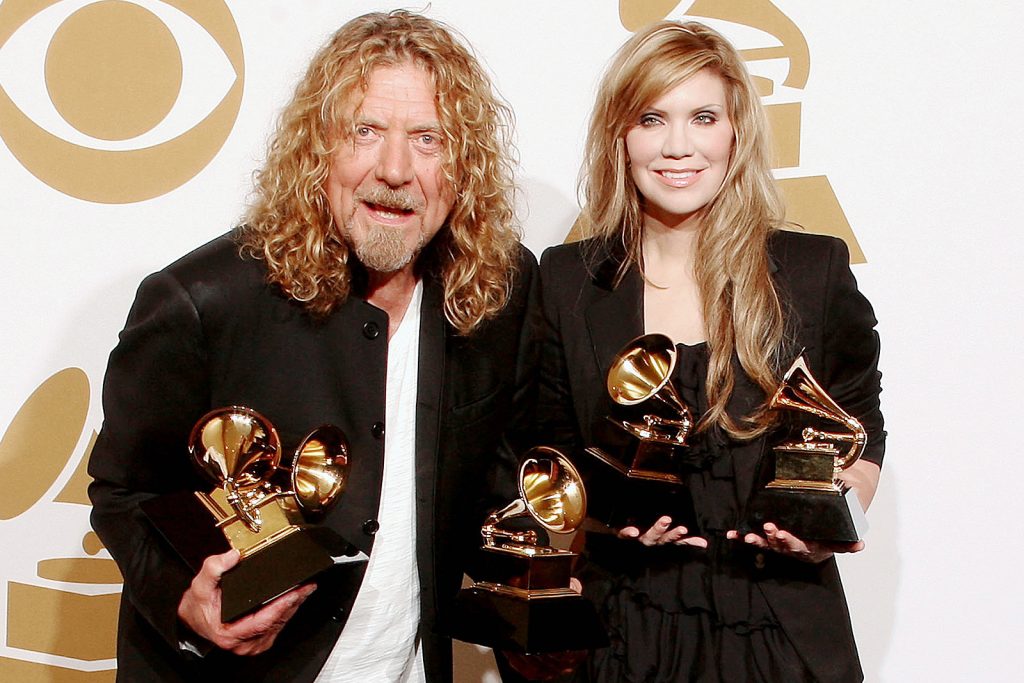 Robert Plant says he and Alison Krauss work so well together because of what they don’t know.

The duo, who released multi-award winning album Raising Sand in 2007, recently confirmed the launch of a follow-up, Raise the Roof, which arrives on Nov. 19. Like its predecessor, the new LP contains a selection of cover versions of tracks from a number of decades and genres, including folk and rock.

“When I spent that first year or so with Alison, I was so amazed by America.,” Plant told Mojo in a recent interview. “I thought I’d got America down, but here was this whole world of country music I’d not encountered. That’s the great thing about me and Alison – we’re ably supported by a world of beautiful music that one of other of us doesn’t know too much about.”

He described himself and Krauss as “a couple of kindred spirits,” adding: “Most musicians form a band, then they stay in the band until it’s over – 20 years, 30 years, 50 years, whatever it is, and it starts to look sadly decrepit. It’s like people hanging onto a life raft, or staying in a comfortable place. With us two, there’s nothing written in blood. We were ready to do something new, and we knew how good it was before, so we can just join up again and see where we go. We’ve got nothing to lose.”

In the same interview, Krauss offered another reason for the successful pairing. “Robert’s singing is the epitome of freedom and spontaneity,” she said, “and I’m pretty regimented, but there’s a romance in contrast.”

Crafting a solo career has been something of a quest for Led Zeppelin’s former frontman.