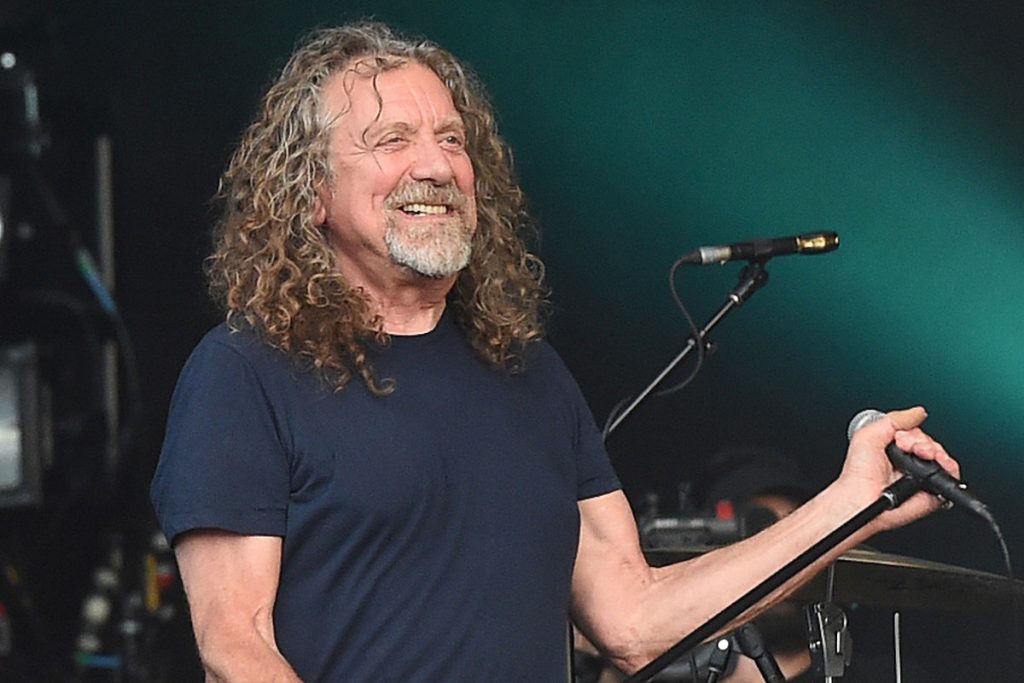 Robert Plant has ambitious studio plans. The former Led Zeppelin singer surveyed his future in a new interview with Classic Rock, noting that he and his band the Sensational Space Shifters have roughly “40 different instrumental ideas” ready for a possible LP — and, looking further down the road, he’s “sure” he’ll wind up recording another album with his former collaborator Alison Krauss.

Plant debuted with the Sensational Space Shifters in 2012 and has recorded two albums with the backing band: 2014’s lullaby and… The Ceaseless Roar and 2017’s Carry Fire. Now the group, Plant noted, has started pooling ideas for another project. “There are some things in the air, possibly in Nashville,” he told Classic Rock. “I’m supposed to be going there in two weeks’ time. There’s nothing going on at all at the moment, but there will be.”

The group is eager to experiment during the sessions. “We work with a guy called Tim Oliver, who’s the studio manager down at Real World, Peter Gabriel’s place, and we can mess about in there,” he said. “I can spend an afternoon with Tim and really shift styles and stems of music in preparation to shape them as songs. … We’ve recorded the last two records with Tim, and it’s a great way of doing things. It’s a good combination. We all know where we’re going.”

Plant also teased the prospect of joining Krauss for a follow-up to their lone, Grammy-winning LP, 2007’s Raising Sand. “Oh, I’m sure, yeah,” he said of possibly working again with the country singer (via Blabbermouth).

“I see Alison a lot and talk to her a lot, and [producer] T Bone [Burnett] too. The reality is that I ran back once before, and [Band of Joy bandmate] Patty [Griffin] had made her American Kid record and was touring with that. And I think once you start splintering off and going different ways, and you’re a stranger in a place where people still think there’s a mirror ball rotating around your head, it’s really good to dig in with the reality of the [Sensational Space Shifters]. There’s no greater thing than being onstage when these guys are in full flight.”

Though he’s focused on current project — including an upcoming vinyl singles box set—  Plant continues to face questions about his most famous band. In a recent interview with Uncle Joe Benson on the Ultimate Classic Rock Nights radio show, the frontman admitted he “couldn’t relate” to his own contribution in Led Zeppelin’s 1971 epic “Stairway to Heaven.”