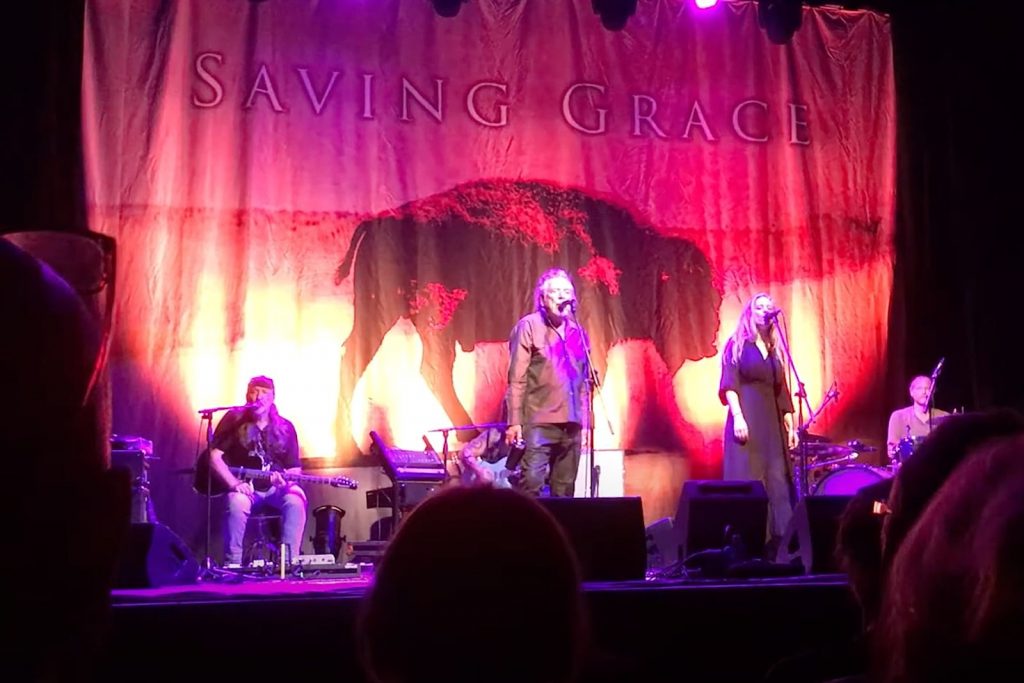 Robert Plant returned to the stage last night in Worthington, England, for his first post-pandemic concert since 2019.

The group’s set list included a mix of traditional songs and covers of Levon Helm‘s “Move Along Train,” Los Lobos‘ “Angel Dance, the Derek Trucks Band’s “Chevrolet” and Donovan‘s “Season of the Witch.”

You can watch their take on the Donovan song below.

Saving Grace were originally scheduled to play a U.S. tour in March 2020, but those dates, along with multiple U.K. shows slated for earlier this year, were postponed. The band will now finish out the remainder of the U.K. concerts, which will run through early August and include several stops in the West Midlands county of England, where Plant lives.

“In the days when I first starting performing around the Black Country, it was very evident that each area was its’ own community/little town … and each community had its own venue: Dudley Town Hall, Stourbridge Town Hall, Regis Hall, Brierley Hill Civic, Old Hill Plaza, Tipton Baths, Queen Mary Ballroom,” Plant said before the tour started.

“I played them all, mostly as a kid opening for the likes of the Hollies, Jean Vincent, Screaming Lord Such, the Fourmost … and others. So, with our band, Saving Grace, it’s for me a bit of a reminiscence to play the various communities from where we all hail.”