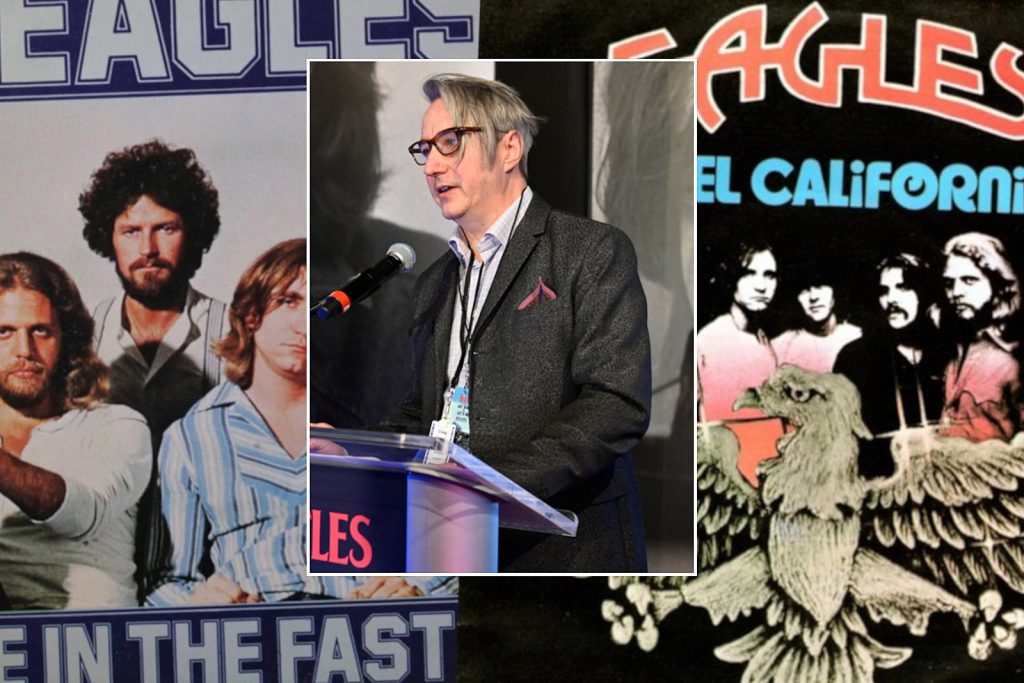 Three men, including a curator for the Rock & Roll Hall of Fame, have been indicted for allegedly trying to sell stolen handwritten lyrics by Eagles co-founder Don Henley valued at over $1 million.

According to court documents, nearly 100 pages of Henley’s notes, including lyrics to “Hotel California” and “Life in the Fast Lane,” were stolen in the late 1970s by an author hired to write a biography of the band.

Craig Inciardi, Glenn Horowitz and Edward Kosinski are accused of conspiring to sell Henley’s pages through auction houses, even though they knew the items were stolen.

Rolling Stone notes that it was Horowitz who acquired the Eagles documents in 2005. He then allegedly recruited Inciardi and Kosinski in an effort to “sell off the documents to various auction houses, as well as trying to ‘coerce’ Henley into buying back the property that rightfully belonged to him.”

Inciardi is the curator and director of acquisitions at the Rock & Roll Hall of Fame. He previously worked for the auction house Sotheby’s before joining the Hall’s staff.

“The DA’s office alleges criminality where none exists and unfairly tarnishes the reputations of well-respected professionals,” the defendants’ attorneys said via statement. “We will fight these unjustified charges vigorously. These men are innocent.”

“No one has the right to sell illegally obtained property or profit from the outright theft of irreplaceable pieces of musical history,” he continued. “These handwritten lyrics are an integral part of the legacy Don Henley has created over the course of his 50-plus-year career.”

The Best (and Worst) Song From Every Eagles Album

Which ones go the distance?