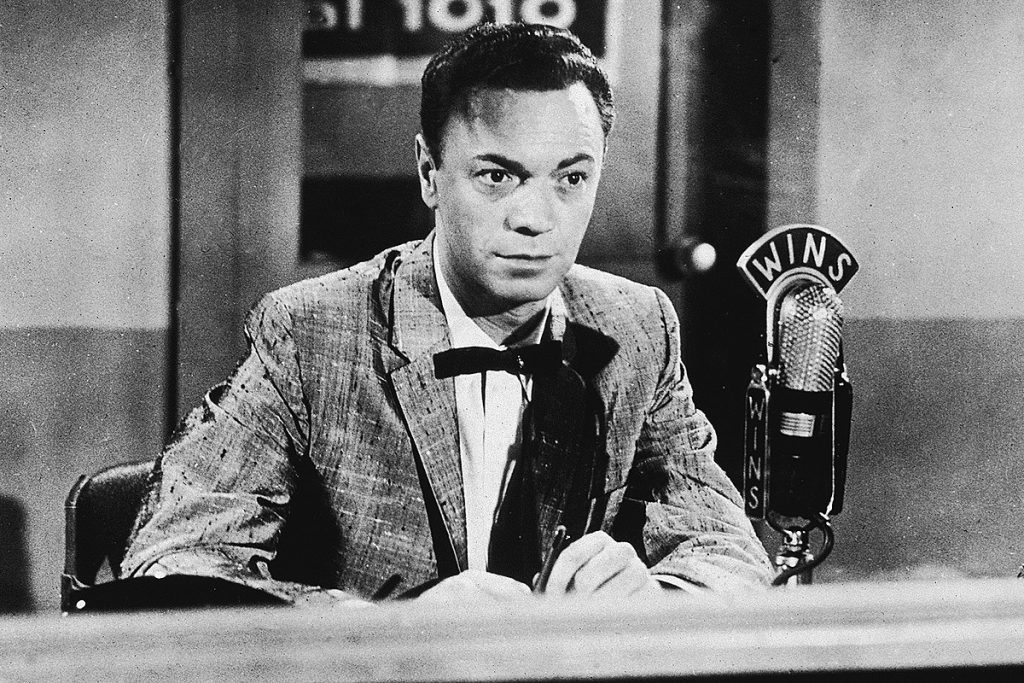 Rock ’n’ roll pioneer Alan Freed had no problem with upsetting the moral guardians of the ‘50s, but in the end he paid a very high price for crossing the powers that were.

The radio and TV presenter died aged 43 on Jan. 20, 1965, by which time he was more known for his involvement in the payola scandal than for his work in advancing the entire world of rock music. However, it’s difficult not to suspect that the difficulties of his later years represented a form of punishment for success that some people would prefer he hadn’t achieved.

Freed’s voice was first heard in 1942 in Pennsylvania as a sports reporter, then in 1945 he became a DJ in Akron, Ohio, before moving to Cleveland. In 1951 his rise to real fame began when he began his Moondog Show on WJW Radio, playing a wide range of R&B singles. The big difference was that he played the original tracks as recorded by black artists, while most stations waited until a cover version by white artists became available.

Freed is credited with attaching the phrase “rock ’n’ roll” to the musical genre. “Rock ’n roll is really swing with a modern name,” he once said. “It began on the levees and plantations, took in folk songs, and features blues and rhythm. It’s the rhythm that gets to the kids – they’re starved of music they can dance to, after all those years of crooners.”

In 1952 he staged the Moondog Coronation Ball, to be held at the 10,000-seat Cleveland Arena. It’s been estimated that more-than twice that number of tickets were sold — due to printing errors, overbooking and counterfeiting — leading to a commotion outside the venue on the night of the show,, March 21. After being denied entry, the crowd broke through the doors, and the police shut it down after the first song. Despite its brevity, it’s still widely regarded as the first-ever rock ’n’ roll concert.

Moving to join WINS in New York in 1954, within a few years he’d lose the “Moondog” title in a legal battle against an artist who’d already been using it, so his late-night radio show became Alan Freed’s Rock ’n’ Roll Party. His policy of playing original R&B tracks continued, but at his new level of celebrity it began drawing large-scale criticism too – partly, it’s said, from major labels who objected to his promotion of independent labels’ products. The New York Daily News described rock ’n’ roll as “an inciter of juvenile delinquency” and blamed Freed for its popularity.

Despite that, WINS gave him a second radio show, and, in 1957, he started hosting The Big Beat TV show on ABC – although it ended after only its second episode, in which black singer Frankie Lymon was seen dancing with a white girl. Similar race-based complaints arose from his concert tours, which featured artists including Chuck Berry and Jerry Lee Lewis. One such tour was canceled after crowd trouble broke out in Boston in May 1958, and he was arrested for inciting to riot. WINS fired him, but he was soon back on air via WABC and signed up to present a new Big Beat TV show on WNEW.

Freed was featured in five of the earliest rock ’n’ roll movies – Rock Around the Clock and Rock, Rock, Rock in 1956; Mister Rock And Roll and Don’t Knock the Rock in 1957; Go Johnny Go! In 1959 – and also had songwriting credits on four albums released under his name during the same time period. Despite insistence from many quarters that the era had finished before it had even begun, he once said, “Anyone who says rock ‘n’ roll is a passing fad or a flash-in-the-pan trend along the music road has rocks in the head.”

Another one of his lines was, “You can stop me, but you’re never gonna stop rock ’n’ roll.” But more trouble was looming as the authorities began investigating the practice of payola. Freed was not alone in being paid to play songs on his shows, but he was more or less the highest-profile celebrity they could focus on. Despite payola not being illegal at the time, he was finally convicted of two misdemeanor commercial bribery charges, and fined $300.

The token amount was nothing compared to the damage the scandal had done to his career – he’d been fired by ABC then also by WNEW, and then by the radio station he’d moved to, KDAY. His final appointment, with WQAM in Miami, had lasted only two months. He’d once said: “Hey, look, if they took it all away tomorrow, we’d be even. No we wouldn’t. We’d be way ahead.” But that wasn’t quite the case. The investigation had taken three years and robbed him of much of the lively attitude that had made him so successful. He’d become a heavy drinker, which only increased when he was charged with income tax evasion as a side-product of the payola investigation. The IRS wanted $38,000 from him, but he didn’t have it. Nor did he have time to fight the claim – he was taken to hospital on Jan. 1, 1965, suffering internal bleeding, and died less than three weeks later of kidney failure.

While Freed’s reputation languished for years, the rock ’n’ roll world  he’d helped create eventually began to recognize him again. In 1986 he was inducted into the Rock & Roll Hall of Fame; in 1991 he was given a star on the Hollywood Walk of Fame; in 2002 he received a Grammy Trustees Award. Marking his contribution, the Hall of Fame noted in their 1986 program: “Alan Freed was the most effective proselytizer rock and roll has ever known… Though he died before his 43rd [sic] birthday, exiled from the business he loved, his missionary spirit lives on.” The program quoted one of Freed’s own writings: “‘The Big Beat in American Music’ was here a hundred years ago – it will be here a thousand years after we are all gone. So – let’s rock ’n’ roll!”