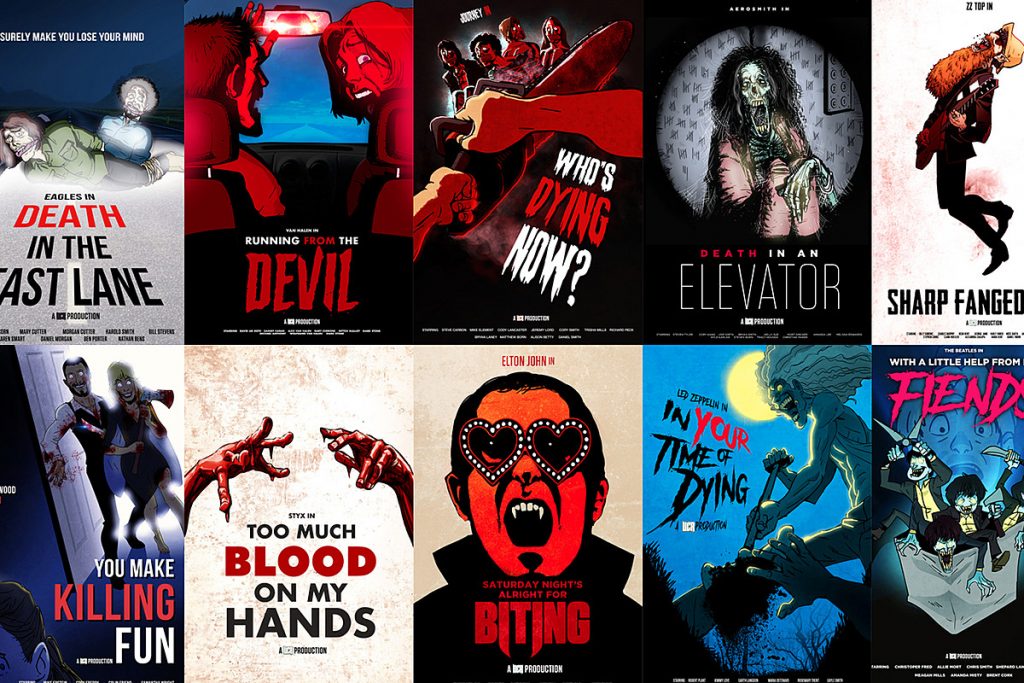 Halloween scares are never too far away.

To prove it, we changed one word in the titles of a dozen of rock’s most popular songs — and opened the door to new worlds of terror.

Then UCR’s Adrian Borromeo turned them into fantastically frightful horror movie posters, which you can see below.

Fleetwood Mac‘s seemingly innocent 1977 love song ‘You Make Loving Fun” was already hiding a pretty big secret. To cover what she was really singing about — an affair with the band’s lighting director — Christine McVie told her then-husband (and bandmate) John McVie that the lyrics were about her dog.

Change the third word in that title to “killing,” and suddenly a much more evil alternative meaning emerges. Never mind singing — imagine how closely the couple that murders together stays together!

The terror continues with horrifically altered song titles and posters from Eagles, Styx, Journey and other artists. Elton John‘s got more on his mind than just fighting, Aerosmith‘s elevator isn’t nearly as sexy as it used to be and Robert Plant‘s not the one contemplating his own demise in Led Zeppelin‘s “In My Time of Dying” anymore.

We stayed away from Alice Cooper, Iron Maiden and Ozzy Osbourne songs because there’s no way we could possibly improve on the chills they’ve already ingrained into their music.

Hopefully some Hollywood big shots will see the below posters and get production started on these rock song-inspired horror movies in time for next Halloween. In the meantime, enjoy the posters and let us know if you have any sequel ideas.