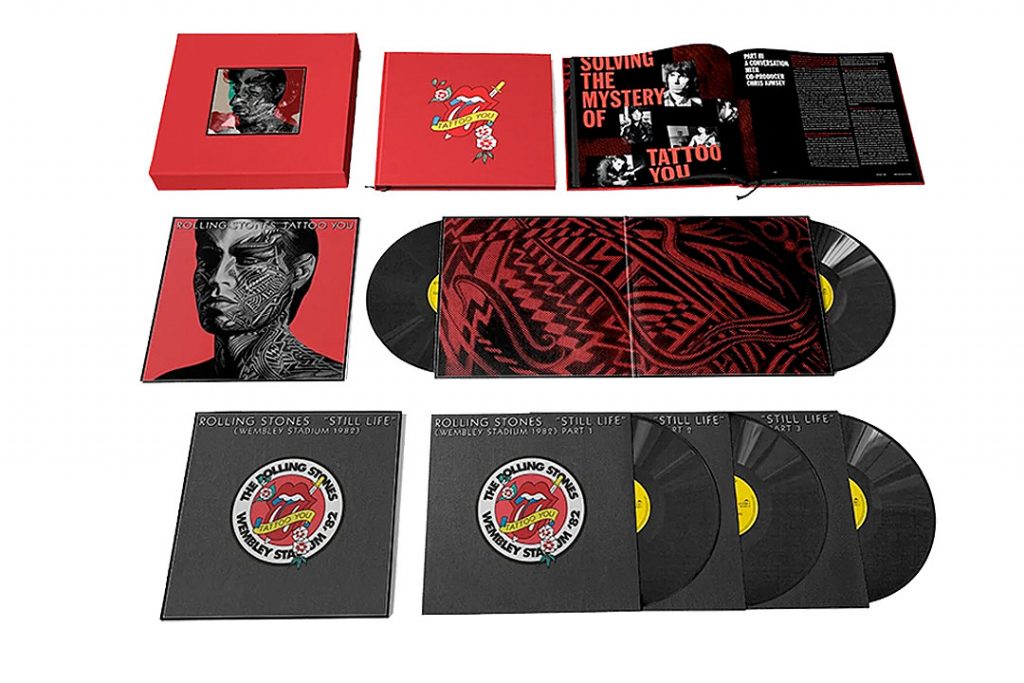 The Rolling Stones have announced that a 40th-anniversary box set of their 1981 album Tattoo You will be released on Oct. 22.

The collection is available for preorder now in both CD and vinyl formats. A two-disc option will include the newly remastered original album, plus a “Lost & Found: Rarities” disc of nine songs from around the time the album was released that have been recently completed with additional vocals and guitars. One of the nine songs, “Living in the Heart of Love,” can be heard below.

The four-disc deluxe set will also include a complete concert recording, Still Life, taken from the Stones’ 1982 performance at Wembley Stadium in London, as well as a 124-page book with rare photos from recording sessions and world tour. (A 1982 live album called Still Life was recorded during the Stones’ U.S. tour the previous year.)

The track listing can be seen below.

Released in 1981, Tattoo You included classic Stones songs like “Start Me Up” and “Waiting on a Friend.” Most of the material, however, came from reworked studio outtakes and previously unfinished demos from earlier sessions, some that stretched as far back as 1973’s Goats Head Soup. The album’s unusual construction was largely due to a lack of time, as the band had already agreed to an extensive North American tour in 1981.

Last month, guitarist Ronnie Wood hinted at the band’s progress on the release. “Me and Mick [Jagger] have done nine new tracks for the [40th anniversary] rerelease of Tattoo You,” he told The Times.

The Tattoo You box set arrives as the latest installment of recent Rolling Stones reissues, which have included deluxe and expanded releases of Exile on Main St., Some Girls, Sticky Fingers and last year’s Goats Head Soup.

The Rolling Stones also recently announced that the North American portion of their No Filter Tour, which was originally scheduled for 2020, has been rescheduled for fall 2021.

“I’m so excited to get back on the stage again and want to thank everyone for their patience,” Jagger said in a statement. It will be the band’s first time performing live since 2019, though they won’t be joined by drummer Charlie Watts, who is currently recovering from an undisclosed medical procedure. He will be replaced by Steve Jordan.