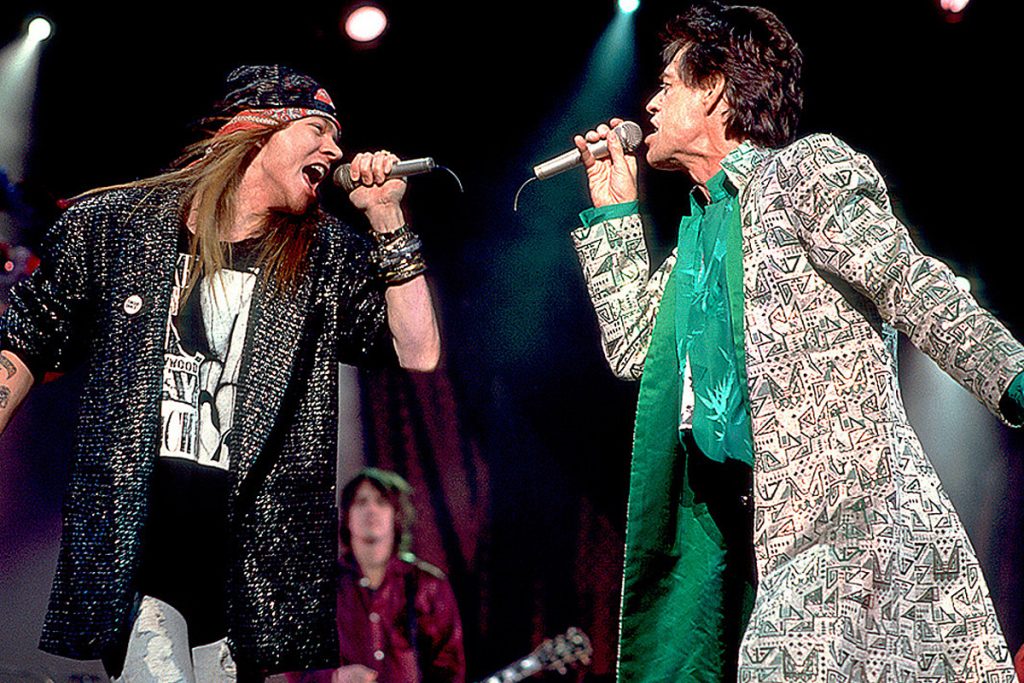 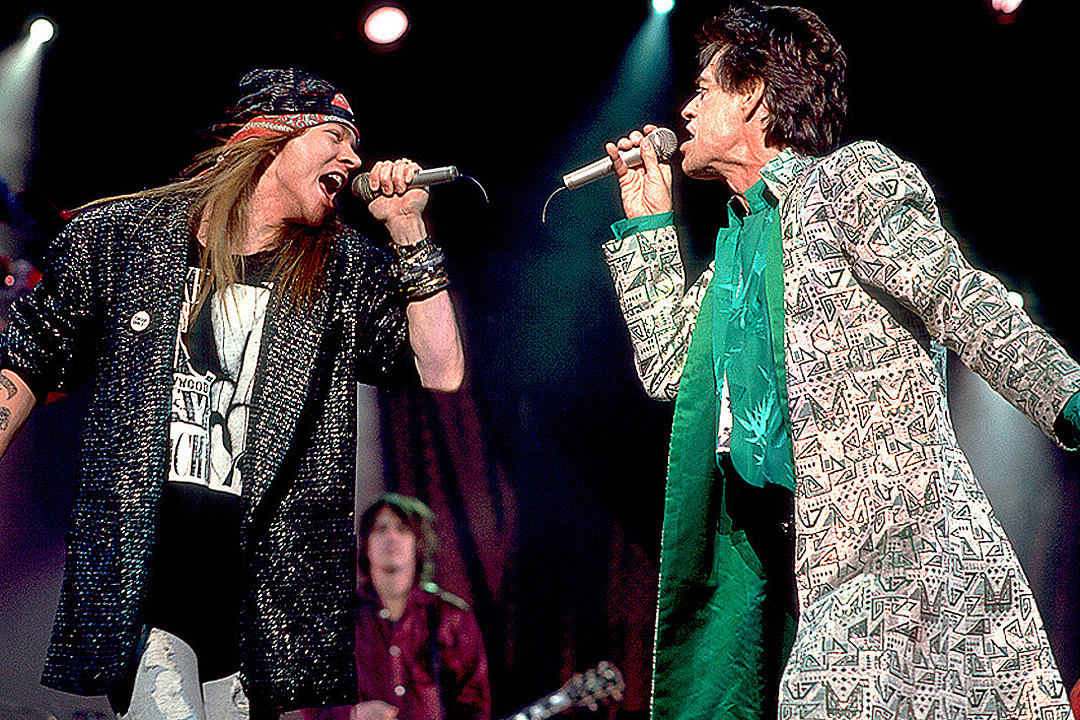 The Rolling Stones will release a DVD of one of the shows from their tour in support of Steel Wheels on Sept. 25. The concert included guest appearances by Eric Clapton, Axl Rose, Izzy Stradlin and John Lee Hooker.

Recorded in December 1989 at Convention Hall, the 28-song Steel Wheels Live – Atlantic City, New Jersey begins with a recording of the African percussion coda of Steel Wheels‘ “Continental Drift” before exploding into “Start Me Up.” Five other songs performed that night come from the band’s 1989 LP, including the singles “Mixed Emotions,” “Rock and a Hard Place” and “Terrifying.”

Guns N’ Roses members Rose and Stradlin show up for the Beggars Banquet closer, “Salt of the Earth.” Clapton comes on for the Howlin’ Wolf song “Little Red Rooster,” which the Stones recorded in 1964. Slowhand remained onstage while blues legend Hooker led everybody in a run-through of his song “Boogie Chillen’.”

The Steel Wheels tour marked the first dates by the Stones since 1982, following several years of public feuding between Mick Jagger and Keith Richards, during which time they both released solo albums. The dates, documented on the live album Flashpoint, also marked the last Stones shows for original bassist Bill Wyman.

Steel Wheels Live is being sold as a Blu-ray/DVD plus two-CD combo, as well as a limited-edition four-LP colored vinyl package. You can watch a trailer below and pre-order the set at the band’s web store.