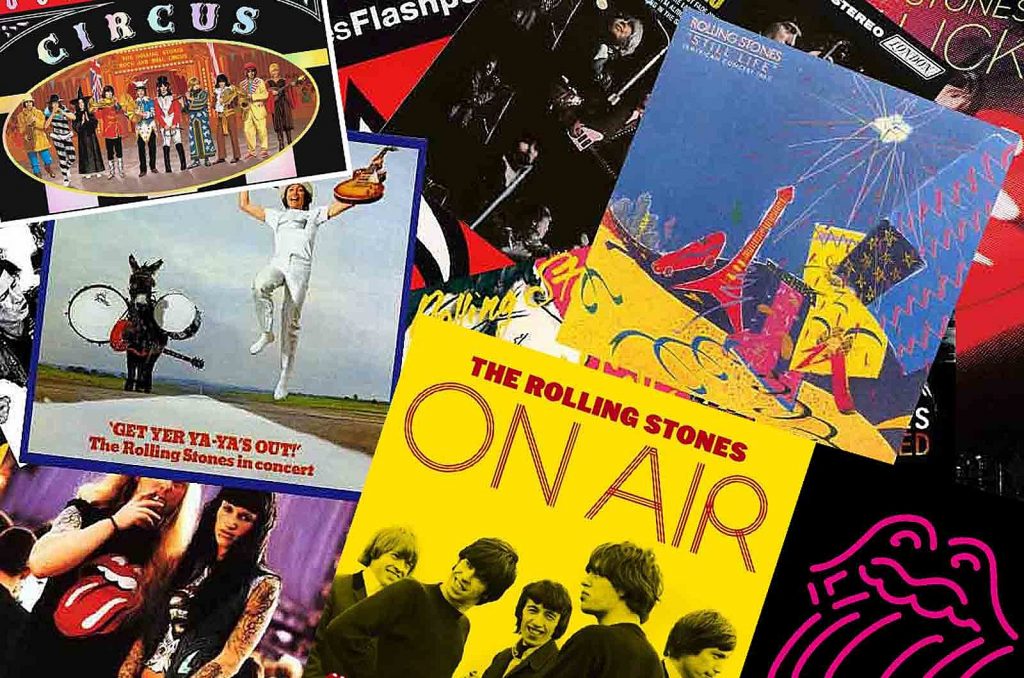 Let’s face it: Most Rolling Stones live albums sound like quick cash-grabs or stop-gaps between studio records. For every Get Yer Ya-Ya’s Out! there are two or three No Securitys. Few bands have damaged their stage legacy as much as the Stones.

But then again, how often do live albums get to the heart of a band? In the Stones’ case, they felt the need to chronicle almost every one of their tours on record once they proclaimed themselves the greatest rock ‘n’ roll band on the planet. So that means every single bump along the way – the drugs, the bloat, the greed – seep into the records.

That also means there are some truly inspired performances – like 1970’s historic Get Yer Ya-Ya’s Out! (when the Stones truly were the greatest rock ‘n’ roll band on the planet) and even an album as late as 2008’s Shine a Light, in which they ripped away all the drugs, bloat and greed for one brief moment.

From their first, vibrant (but barely discernible) live recording to latter-day cash-ins, we take a look at the band’s various concert LPs over the years in our list of the Rolling Stones’ Live Albums Ranked Worst to Best.

Note: We’ve included the records that have been given full and proper release over their career, omitting the many “official bootleg” albums the band has released over the decades.