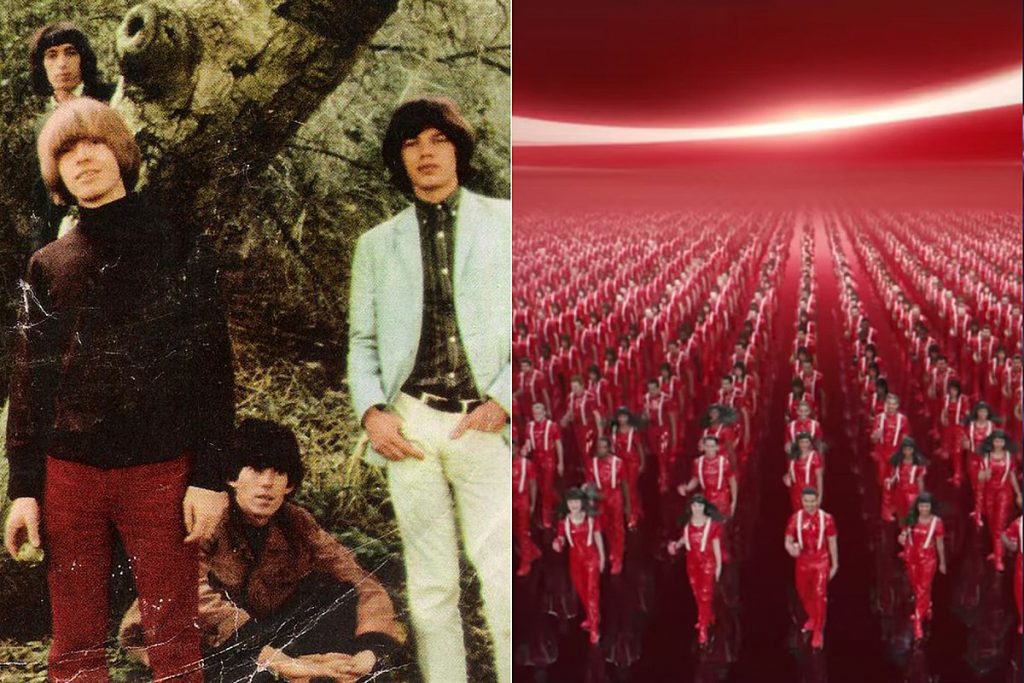 A song by the Rolling Stones is being used in a Super Bowl commercial once again. “Paint It, Black” scores a new ad for Pepsi Zero Sugar, but instead of using the original version of the 1966 hit, the commercial features a new recording by Missy Elliott and H.E.R.

In the spot, R&B singer H.E.R. is seen among a countless number of people dressed in red who hold a can of cola designed to look like Coca-Cola (but slightly altered for obvious copyright reasons) and sing the opening words to “Paint It, Black.”

The red can suddenly turns into a black can of Pepsi Zero Sugar. H.E.R. takes a sip, breaks away from the pack and runs through a wall into a black room with the Pepsi logo in the background. Elliott then appears, rapping over the music as the two stars lead a group dance.

You can watch the commercial below, which will air during the big game on Sunday.

Found on Aftermath, “Paint It, Black” marked a transitional moment for the Stones, as they began to move away from their blues roots into more experimental territory. Brian Jones‘ sitar takes the song into the same realm of Indian-tinged psychedelia that the Beatles were exploring at the time. The song topped the singles chart in both the U.S. and the U.K.

It’s not the first time the Rolling Stones have allowed one of their songs to be used in a commercial during the NFL’s biggest game. In 2013, “Sympathy for the Devil” was heard in a spot for the Mercedes CLA. The band also played the halftime show in 2006, though some lyrical choices required Mick Jagger‘s microphone to be cut a few times.

Last month, guitarist Ron Wood predicted that the Rolling Stones would have a new album out this year. Their last effort was 2016’s covers record Blue & Lonesome. They haven’t released a collection of original material since 2005’s A Bigger Bang.