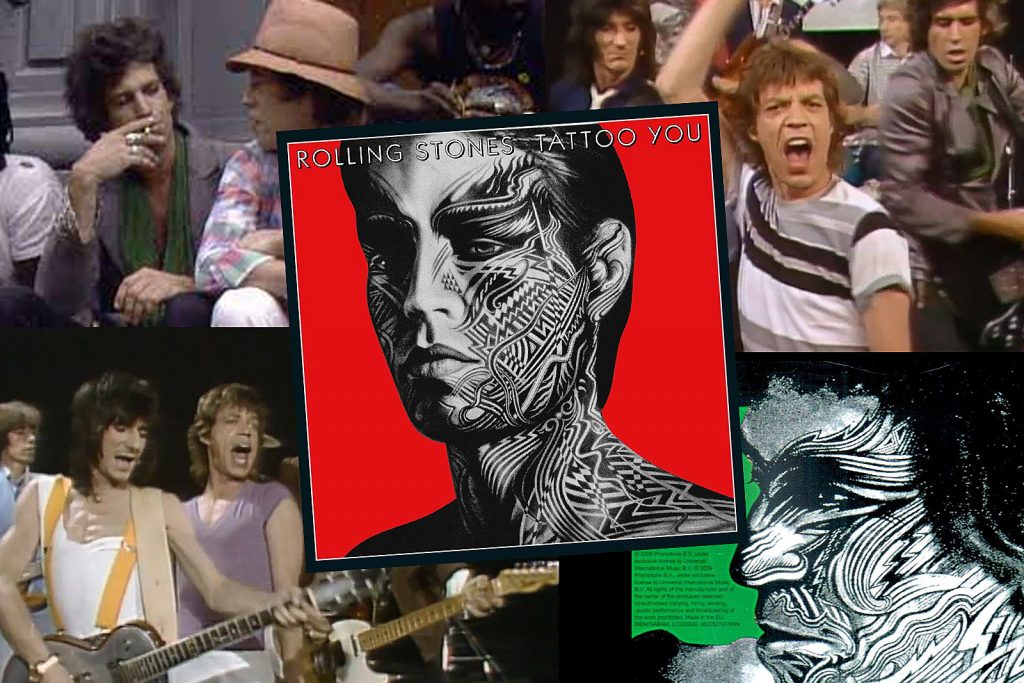 Time was not on the Rolling Stones‘ side in late 1980. The band had already agreed to a sweeping U.S. tour set for 1981 and then another round of shows in Europe the following year. Problem was there were only so many weeks available to construct an album to tour behind, leaving the Stones with only one place left to turn: their archives.

Revisiting sessions for recent albums like Some Girls and Emotional Rescue, as well as some that went as far back as Goats Head Soup, the band selected a slew of unfinished tracks and abandoned demos to create something brand new in time for the tour.

“They’re all from different periods,” Mick Jagger recalled in a 1995 interview with Rolling Stone. “Then I had to write lyrics and melodies. A lot of them didn’t have anything, which is why they weren’t used at the time – because they weren’t complete. They were just bits, or they were from early takes. And then I put them all together in an incredibly cheap fashion.”

In addition to being crunched for time, the Stones had another obstacle to overcome: a lack of cooperation among members. “Tattoo You really came about because Mick and Keith [Richards] were going through a period of not getting on,” associate producer Chris Kimsey remembered in Craig Rosen’s 1996 book The Billboard Book of Number One Albums. “There was a need to have an album out, and I told everyone I could make an album from what I knew was still there.”

Despite its unorthodox construction methods, Tattoo You arrived as a surprisingly cohesive album in August 1981, reaching the top of the charts – just like the previous six Rolling Stones albums, spawning some of the band’s most popular songs. We take a look at these tunes and others in our track-by-track guide to Tattoo You below.

“Start Me Up,” Tattoo You‘s opening tracks and one of the Stones’ most all-time popular songs, was originally recorded as a reggae-style number called “Never Stop” during the Some Girls sessions. Then the band dipped into an earlier version. “That take on Tattoo You was the only take that was a complete rock ‘n’ roll take,” Jagger said in 1995. “And then it went to reggae completely for about 20 takes. And that’s why everyone said, ‘Oh, that’s crap. We don’t want to use that.’ And no one went back to take two, which was the one we used – the rock track.”

Jagger and Richards, not exactly known for their subtlety, get straight to the point on “Hang Fire” — “In the sweet old country where I come from, nobody ever works, yeah, nothing gets done” — taking direct aim at England. “It serves them right for kickin’ us out,” Richards said of the song in 1983, referring to the time the band left the country in 1971 as a result of a massive tax bill owed to the government. “It’s [England] coming to terms with a whole lot of problems that have been brewing for years, and the only thing it needed for these problems to come to a head was for the money to get tight.” Like “Start Me Up,” “Hang Fire” began life during the Some Girls sessions.

“Slave” may lack any real lyrical narrative, but it makes up for that with a great lineup of guests. The Who‘s Pete Townshend sings backing vocals, while saxophonist Sonny Rollins (who plays on two other album tracks) takes a solo on a song leftover from 1976’s Black and Blue. The jazz great later revealed that his wife had had to convince him to accept the gig. “I didn’t relate to them, because I thought they were just derivative of black blues,” he told The New York Times in 2020. “I do remember once I was in the supermarket up in Hudson, N.Y., and they were playing Top 40 records. I heard this song and thought, ‘Who’s that guy?’ His playing struck a chord in me. Then I said, “Wait a minute, that’s me!” It was my playing on one of those Rolling Stones records.”

Kick-started with a classic Richards riff, “Little T&A” – an Emotional Rescue cast-off – highlights the guitarist’s innate ability to write a straightforward rock ‘n’ roll song, complete with slap-back delay and gritty lead vocals. “That song’s just about every good time I’ve had with somebody I’d met for a night or two, and never seen again,” Richards said in 1983. “And also about the shit that sometimes goes down when you just sort of bump into people unknowingly and not knowing the scene you’re walking in on, you know? You pick up a chick and end up spending the night in the tank, you know?”

“Black Limousine” offers a slightly different, and more sentimental, attitude toward women than the preceding “Little T&A.” The song – also stemming from the Emotional Rescue sessions – is one of the few that guitarist Ron Wood is credited on as a writer. He built the central riff around an old Texas blues style. “‘Black Limousine’ came about from a slide guitar riff that was inspired in part by some Hop Wilson licks from a record that I once owned,” Wood said in the 2003 book According to the Rolling Stones. “I thought, ‘That’s really good, I’m going to apply that.'”

Don’t expect to get a good night’s sleep when living next door to a rock guitarist. In 1981, Richards and his wife Patti Hansen were evicted from their New York City apartment following noise complaints filed by fellow building-dwellers. Seemingly inspired by his bandmate’s housing woes, Jagger penned lyrics to “Neighbours,” whose music was workshopped for Emotional Rescue. The accompanying music video shows the band getting the last laugh, jamming in an apartment and singing out the window for all to hear.

The Stones reached back several albums to Black and Blue to piece together “Worried About You,” a ballad that features a guitar solo by Wayne Perkins, who had once auditioned as a potential replacement for Mick Taylor, and Billy Preston on keyboards. “It was a bit of discovery period for me as well as being discovered,” Perkins recalled in 2017. “I was thinking more like a session player, but it was becoming clear to me that these guys were serious and wanted me as their new guitar player. It was a great situation to be thrust into.”

Even though he had left the band seven years earlier, Mick Taylor shows up on Tattoo You thanks to “Tops,” a Goats Head Soup-era song that includes his fiery guitar solo. Pianist Nicky Hopkins also appears on the track, as does the band’s old producer Jimmy Miller, who plays percussion. Taylor’s distinct playing style stands out. In Richards’ biography, Life, he notes that Taylor has a “melodic touch, a beautiful sustain and a way of reading a song.”

“Heaven” came together in the studio during a midnight session without Richards or Wood present. Jagger, producer Chris Kimsey, Bill Wyman and Charlie Watts recorded the track without the two guitarists. “Mick started playing the chord sequence, and I sat down at the piano and started following along, and next thing I knew, it sounded really good,” Kimsey recalled. “So I told the assistant to roll it, and we put some things on it and it sounded very good.” “Heaven” was originally shaped during 1980’s Emotional Rescue.

“No Use in Crying” is the second of two Tattoo You tracks that boasts a Ron Wood songwriting credit (and like many of the 1981 LP’s songs, it comes from the recent Emotional Rescue era). As the newest member of the band, he quickly realized that if he wanted a place on a Rolling Stones record, he needed to speak up. “One of the lessons I had to learn was that if you want to get a credit,” he remembered, “it has to happen there and then in the studio, as you’re recording it.”

A charming end to a rock-filled record, “Waiting on a Friend” is a love letter from Jagger to his bandmates, originally recorded during the Goats Head Soup sessions in Jamaica. “We all liked it at the time, but it didn’t have any lyrics,” the singer notes in the liner notes to 1993’s Jump Back collection. New overdubs include pianist Nicky Hopkins and sax player Sonny Rollins, along with Santana‘s Michael Carabello on percussion. “The lyric I added is very gentle and loving, about friendships in the band.”