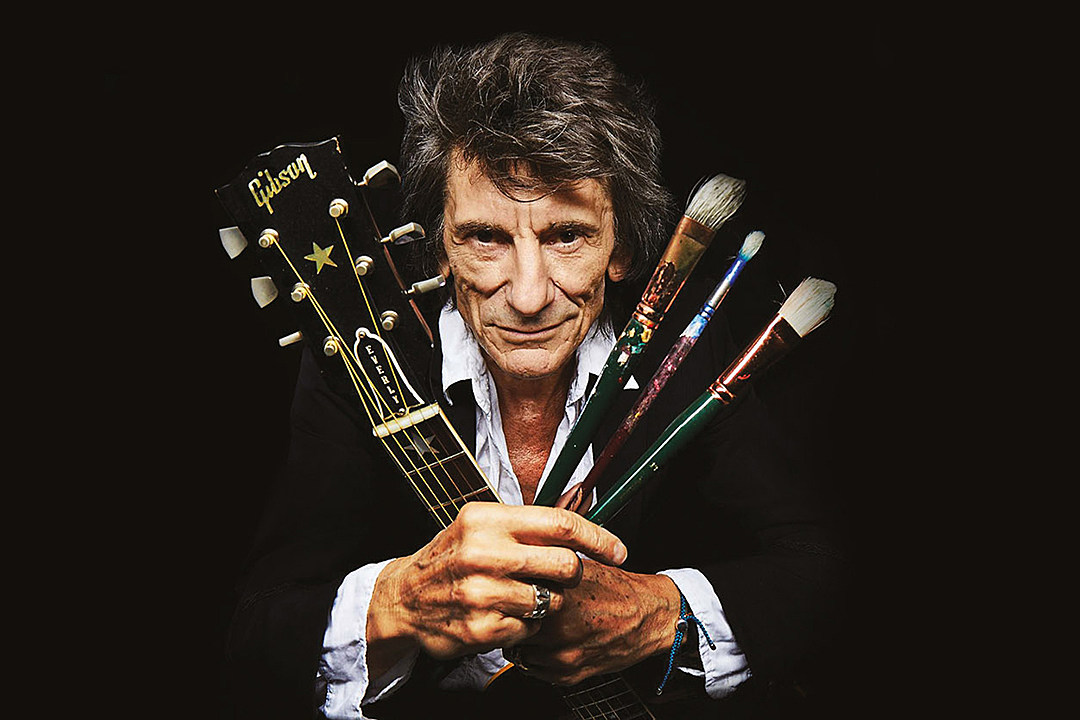 A documentary about Rolling Stones guitarist Ron Wood will be available to U.S. and Canadian viewers as a “virtual cinema” release. Somebody Up There Likes Me will start streaming on Sept. 18.

Details and tickets are now available at the film’s website. Viewers have seven days to watch the movie, which must be completed within 72 hours from the moment the viewing began. The $11 ticket price also includes a Q&A with Wood and director Mike Figgis.

The documentary traces Wood’s history from his days with the Jeff Beck Group and Faces through his current work with the Stones. Keith Richards, Mick Jagger and Rod Stewart share insight. Wood’s artwork and personal life, including his struggles with substance abuse, are also covered.

“[Wood] would say something, and then I would gently offer the possibility for going further into that thought,” director Figgis explained. “Other questions, where I tried to steer away from the cliche and therefore open up the possibility of a more productive response to, he took and he ran with. At a certain point I was thinking whilst he was talking, This is amazingly strong, quite dark material. And I did wonder if he would later say he would rather we didn’t use some of it. There was a period when we started to share the cut when I think he was surprised himself and he paused for thought.”

“When my mate Mike Figgis approached me to make this documentary film, I was baffled where to start and where to finish,” Wood said. “Oh, well, how about from being born into the Wood dynasty to where I am right now? That should do it. … ‘Leave ‘em wanting more,’ as the man said. So look out, people, there’s a lot more stories to be told.”

Somebody Up There Likes Me was shown at the BFI London Film Festival last October in advance of its U.K. theatrical release a month later. It was also named as a selection at this year’s Tribeca Film Festival in New York, but that was postponed in May due to the coronavirus pandemic.

The DVD and Blu-ray versions of Somebody Up There Likes Me, as well as a deluxe companion book, will be released on Oct. 9.