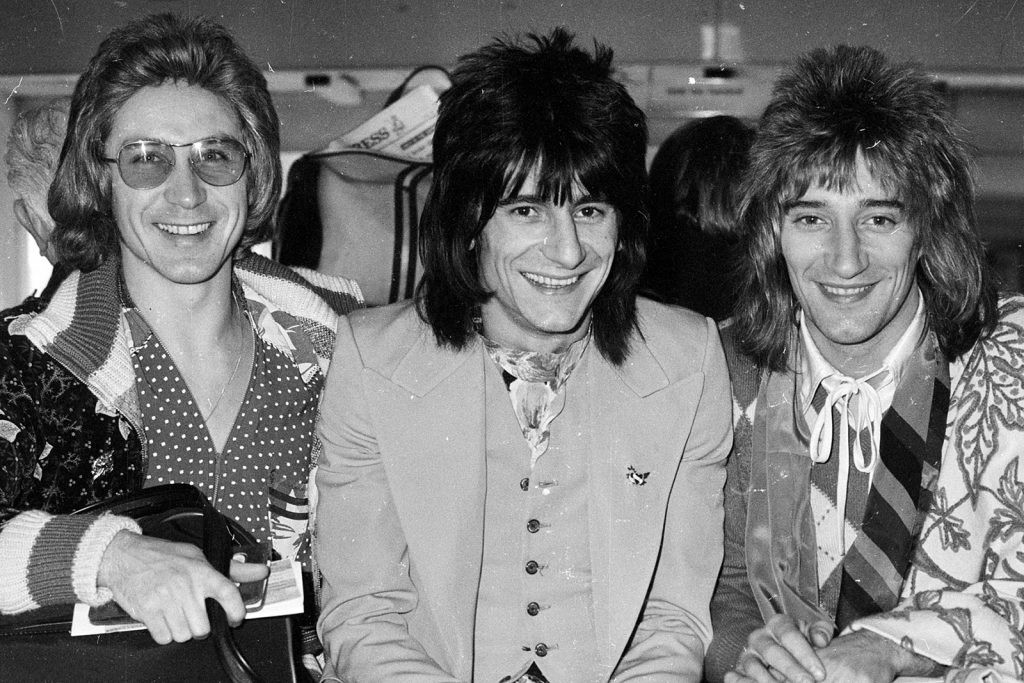 Several attempts at reuniting have taken place since the band released its fourth and so far final album, Ooh La La, in 1973. In 2008, Wood and Stewart wrote some songs together, but a brief tour featured Mick Hucknall in place of Stewart, who couldn’t find time in his schedule. The surviving trio managed to perform at a low-key event in 2015, followed by a charity appearance later that year. After another private event in 2019, they performed their classic “Stay With Me” at the Brit Awards last year. Those shows took place without bassist Ronnie Lane, who died in 1997, and keyboardist Ian McLagan, who died in 2014.

In a new interview with The Times, Wood said he’s been having a busy time since buying a new home in London. “I saw Mick [Jagger] here last week, and Rod and Kenney were here yesterday,” he revealed. “Me and Mick have done nine new tracks for the [40th anniversary] re-release of Tattoo You. And me, Rod and Kenney have been recording some new Faces music. … I’ve had a front-row seat on some amazing rock ‘n’ roll projects these past couple of weeks. I’m making every day count. Not wasting a moment.”

While he expressed hopes that the Stones would tour again soon, Wood added that he’s also releasing a tribute album to blues legend Jimmy Reed with former Stones guitarist Mick Taylor in September. “I go through art phases when music is secondary, but right now I really want to get out there and play,” Wood explained. Part of his motivation was the success of his most recent cancer battle. “I’m well. I’m strong. And I’m adaptable. But it has taken a lot of fighting, a lot of stamina to get through it.”

He said Jagger’s health issues were in the past, too. “Mick is fighting fit, and we both can’t wait to get working again,” he noted. “Having said that, lockdown was good for me, because when I got the cancer the second time, it enabled me to face all those horrible treatments under the radar. I had a lot of chemo and radiology, but I wasn’t interrupting anyone else’s schedule. I had the time and space to focus on getting well.”