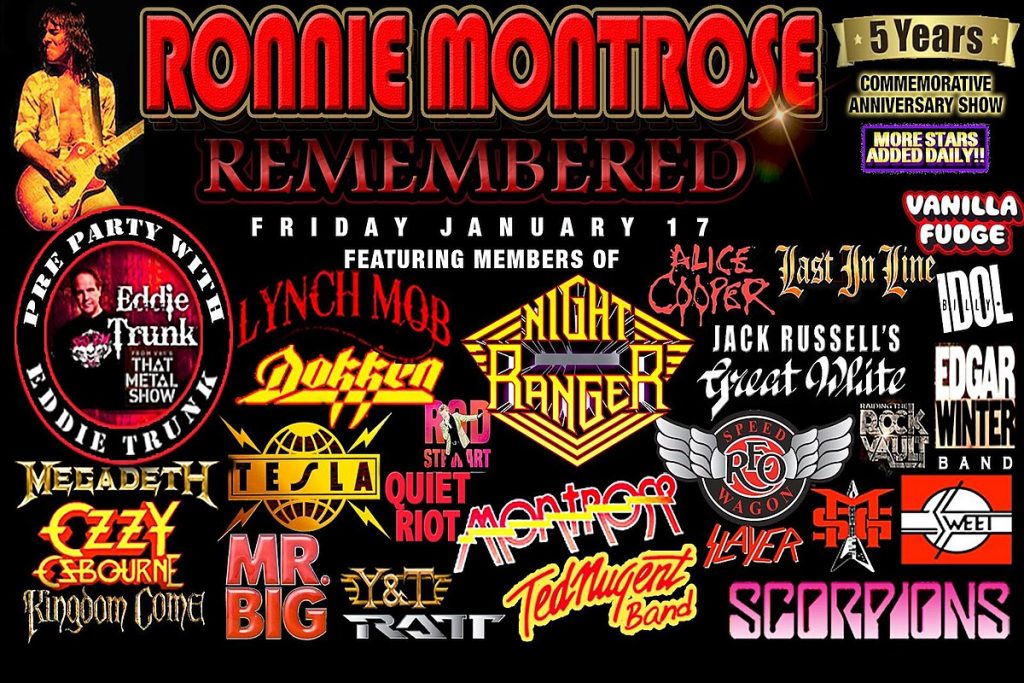 The show, hosted by That Metal Show‘s Eddie Trunk, will feature surprise cameos, speakers, previously unseen video clips and other raw footage from throughout Montrose’s career. Tickets are available for $25, and VIP and limited-quantity “Super V.I.P.” packages are also for sale.

Montrose founded his namesake hard rock band in 1973, with future Van Halen singer Sammy Hagar serving as the original frontman on their first two LPs, Montrose and Paper Money. The group issued two more albums before its 1977 breakup; it reunited in the late ’80s.

In addition to his work in that band, Ronnie Montrose co-founded the hard rock act Gamma, racked up numerous session credits (including spots with Herbie Hancock, Gary Wright and Van Morrison) and recorded a series of largely instrumental solo albums. He died in 2012 from suicide after a lengthy battle with prostate cancer.

“Ronnie’s contribution to rock music in the early ’70s was the rock ‘n’ roll bible for many of the up-and-coming great American rock guitarists for next two decades — more than he probably ever realized or gave himself credit for,” St. John said. “I really want to give those who really appreciate Ronnie the chance to get together in a loving, dynamic concert setting where we can all really dig in and enjoy each other through the commonality of Ronnie’s music.”