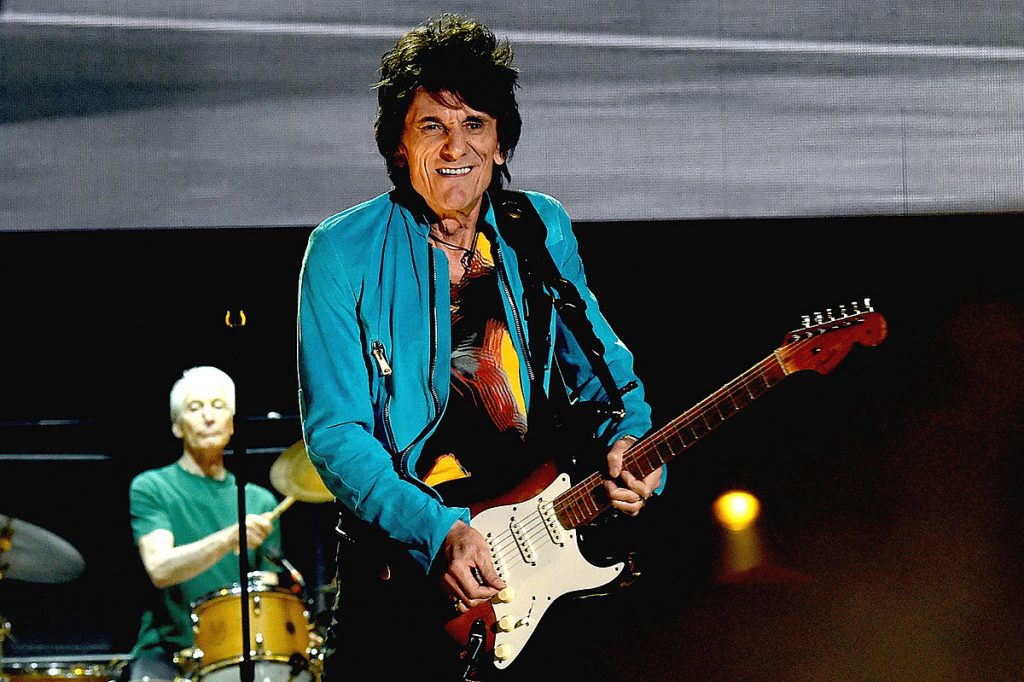 Ronnie Wood called the Rolling Stones “indestructible,” with each of the members having put their health issues behind them. The guitarist also predicted their new album will arrive in 2020.

The band was forced to change its tour plans in early 2019 as a result of singer Mick Jagger’s heart surgery. That operation followed Wood’s cancer battle in 2017, along with the other musicians’ issues.

“After 50 years of chain smoking, my life was hanging by a thread,” Wood told the Sun in a recent interview. “But I survived. The doctors were able to remove the tumor from my left lung. Thank God the cancer had not spread. Now my lungs are working like a young man who never smoked. I finally quit smoking four years ago.”

He noted that the ‘70s were “by far my wildest time. Not to forget Charlie [Watts], who had laryngeal cancer a few years ago, and Keith [Richards] with his heavy bleeding after falling from a palm tree. Everything went well – a big miracle. The Stones are simply indestructible.”

The Rolling Stones later returned to action, despite the numerous health concerns, continuing a successful run that helped them become one of the most profitable touring acts of the past decade.

Wood also updated fans on the status of their next studio record. The band planned to record an all-new LP in 2016 but instead focused on the covers record Blue & Lonesome. “The new album is like a puzzle,” he said. “We still have to put the missing pieces together. We hope to release it in 2020 and then continue our world tour.”

The guitarist also recently released a solo album, Mad Lad, a tribute to his hero Chuck Berry, and was the subject of a documentary titled Somebody Up There Likes Me.

The Rolling Stones, who recently reissued Let It Bleed as a 50th-anniversary box set, have teased their upcoming LP on several occasions — including video snippets of Jagger recording harmonica, vocals and electric guitar. In November 2018, Richards said he and Jagger joined producer Don Was the previous month for a brief studio session. “We’re just working things through,” he told Rolling Stone. “We had a great time, got some nice stuff out of it.”