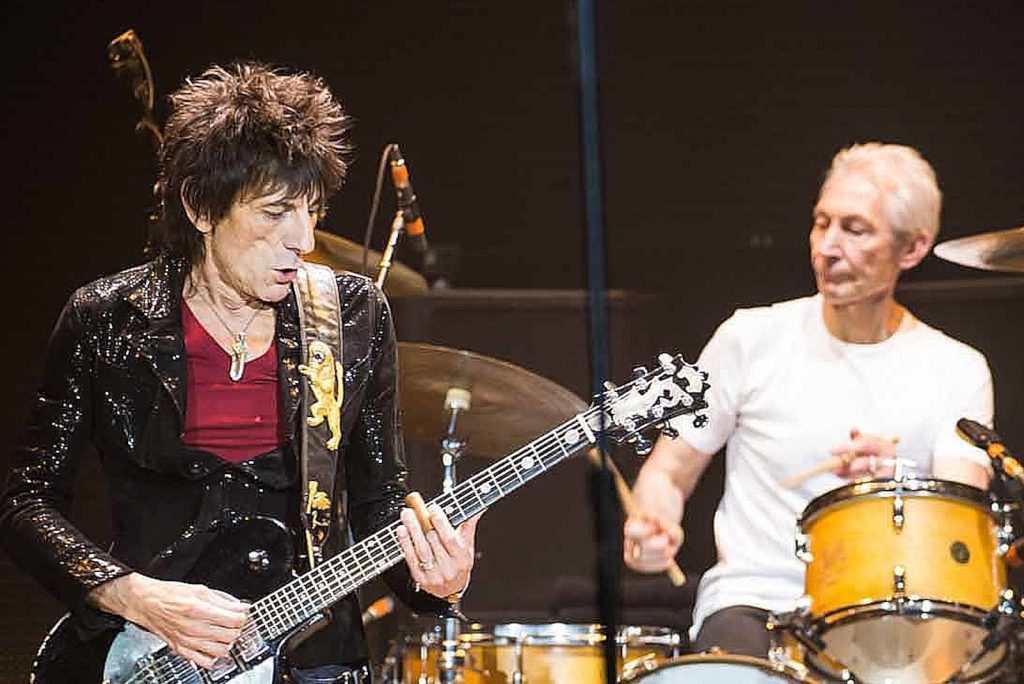 Ronnie Wood revealed that he was the final Rolling Stones member to see Charlie Watts before the drummer’s death at age 80.

Weeks before Watts’ August passing, Wood visited his bandmate in a London hospital room — the same one Wood happened to occupy while being treated for cancer in 2020. “We call it the Rolling Stones suite,” the guitarist told Los Angeles Times, reportedly with a laugh.

“We watched horse racing on TV and just shot the breeze,” he added. “I could tell he was pretty tired and fed up with the whole deal. He said, ‘I was really hoping to be out of here by now,’ then after that there was a complication or two and I wasn’t allowed back. No one was.”

Mick Jagger recently opened up about the healing power of the Stones’ ongoing No Filter tour, which features Steve Jordan on drums.

“Some people said, ‘Oh, Charlie died, and you should have not done the tour — and stopped,” the singer told Apple Music 1 host Zane Lowe. “And other people would think, ‘The thing about the Rolling Stones throughout their career has been their resilience in the face of adversity.’ And we’ve had ups and downs, mostly ups, to be honest — but we’ve had adversity. And this was probably one of the most difficult ones.”

Jordan, meanwhile, told Vanity Fair that while he’s grateful to be playing with one of rock’s greatest bands, he’d “rather not” be in the lineup, given the situation.

“There are people that don’t understand that I lost a friend,” he said. “So they’re happy for me, but they don’t understand that I’d rather not have this be the case. But the Rolling Stones have really, really done everything in their power to make the transition smooth and sympathetic and empathetic. They’ve been cognizant of everyone’s feelings. I personally appreciate that.”