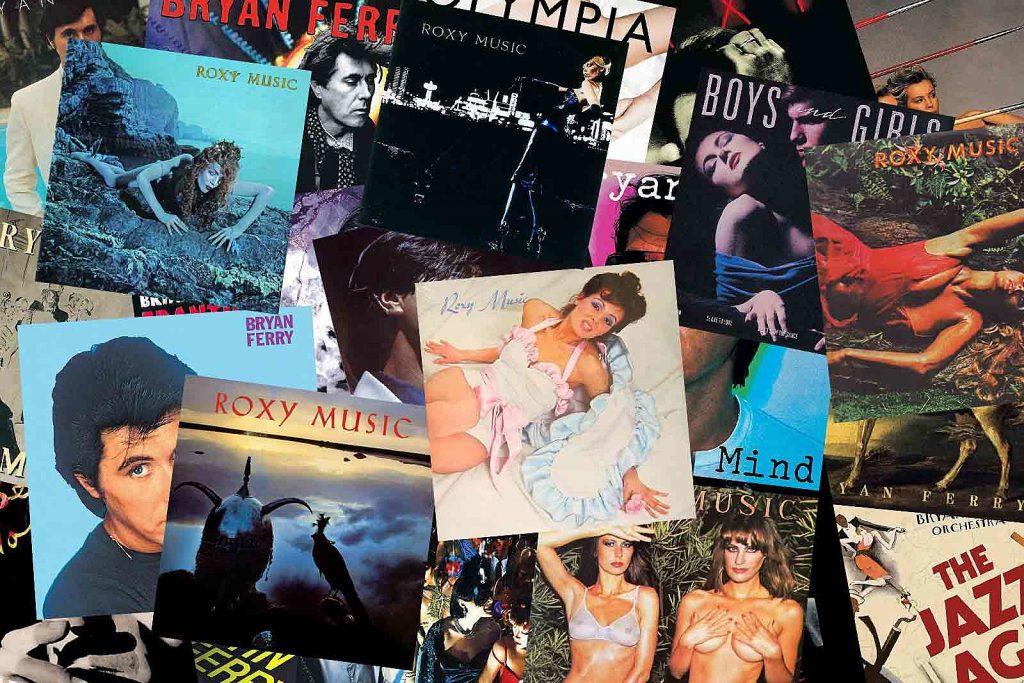 In a way, Roxy Music and Bryan Ferry are inseparable, even though the band and its singer have taken slightly different career paths over the past four decades.

But in our list of Roxy Music and Bryan Ferry Albums Ranked Worst to Best, you’ll also see a pattern of familiarity between the two artists that goes beyond the milky tenor of Ferry’s voice.

From the band’s first, self-titled album to Ferry’s most recent solo work, neither artist ever took the safest direction. Even when they seemed to stray from what we’ve come to expect from them – like, say, Roxy Music’s disco turns at the end of the ’70s and Ferry’s various albums of cover songs over the years – both continued to surprise and excite us with their work.

Roxy Music made eight albums in the decade between 1972-82; Ferry released a handful of records during Roxy’s run – his first solo LP came out between the band’s second and third albums – and has been mostly a consistent solo artist since their breakup, never allowing more than six years between records.

The same thing that made Roxy Music’s albums so exciting, and made them one of the ’70s’ best and most influential bands, has pretty much found its way to all of Ferry’s solo albums: that sense of defying expectations and dodging left when fans are looking for a right. How else to explain Ferry’s album of Roxy Music covers done in the style of a ’20s-era jazz group?

If you’re not familiar with Roxy Music’s excellent catalog – they had only one Top 40 hit in the U.S. – you should start with the records at the top of the following list of Roxy Music and Bryan Ferry Albums Ranked Worst to Best, and then work your way down. There’s a pleasure to be found every step of the way.

In a way, the band and its singer are inseparable, even though they’ve taken slightly different career paths.