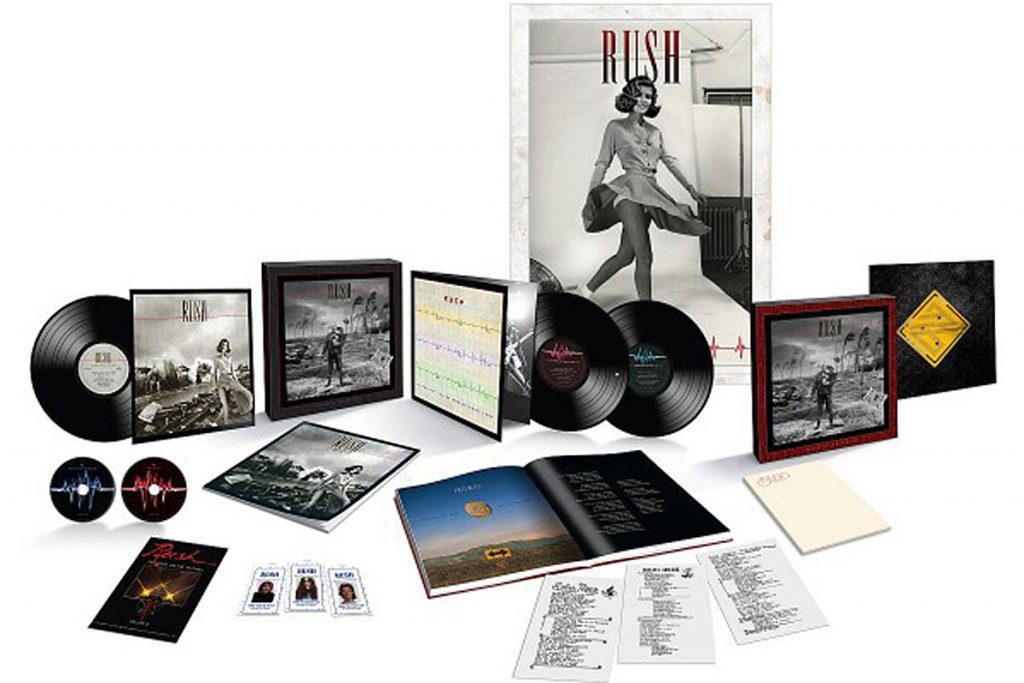 Rush have confirmed the release of 40th-anniversary editions of their seventh studio album, Permanent Waves, on May 29.

The project, first leaked in February, will be available in four formats: two-CD and three-LP Deluxe Editions and a Super Deluxe box set featuring a 40-page, hardcover booklet. The Deluxe packages will include the CD debut of the original album’s 2015 remaster (previously issued on vinyl), along with 11 unreleased live recordings from the Permanent Waves tour and a 20-page booklet featuring archival photos and re-imagined artwork by Rush contributor Hugh Syme. The LP and digital versions contain an additional live track, “A Passage to Bangkok.”

The concert material — compiled from shows in St. Louis, London and Manchester, England — spans the band’s catalog up to 1980, including early cuts like “Beneath, Between & Behind” and Permanent Waves highlights like “Jacob’s Ladder” and “Freewill.” Rush are previewing the set with a live version of “The Spirit of Radio” recorded in Manchester. You can hear it below.

The vinyl version features original packaging for the regular album and a new gatefold jacket for the two live discs.

The Super Deluxe Edition includes the CDs, vinyl (along with the bonus “A Passage to Bangkok”) and expanded book featuring a 12,000-word essay. Other extras include a 20-page notepad using the letterhead from Quebec’s Le Studio, where the album was recorded; two replica tour programs (the official as well as the unofficial U.K.-only The Words & Pictures Volume II); backstage laminates; a double-sided poster; and lyrics to three songs (“The Spirit of Radio,” “Entre Nous” and “Natural Science”) handwritten by drummer Neil Peart.

You can pre-order the Super Deluxe and the CD and LP Deluxe Editions at Rush’s webstore, with instant downloads of the live renditions of “The Spirit of Radio” and “Natural Science.” A third download, the concert version of “Freewill,” will become available on May 14.

The reissue does not include a 5.1 surround sound mix on Blu-Ray as the 2018 Hemispheres box set did. The Rush Is a Band fan site speculates that the absence boils down to the original masters being lost after Trident Studios, where Permanent Waves was mixed, went out of business.

“I just don’t think we have the masters for that record,” guitarist Alex Lifeson told Metal Express Radio in 2012. “That is typical of those days. Your recordings would stay at the studio where you last worked. You’d get home and the master tapes would go to be mastered, and then the record was released and they would keep your masters as it was safer that way. When we did Permanent Waves, Trident kept the masters, but they went bankrupt and everything disappeared, so we don’t have the multi-track masters for that one.”

You can see the track listing for the box below.

*Available on LP and digital formats