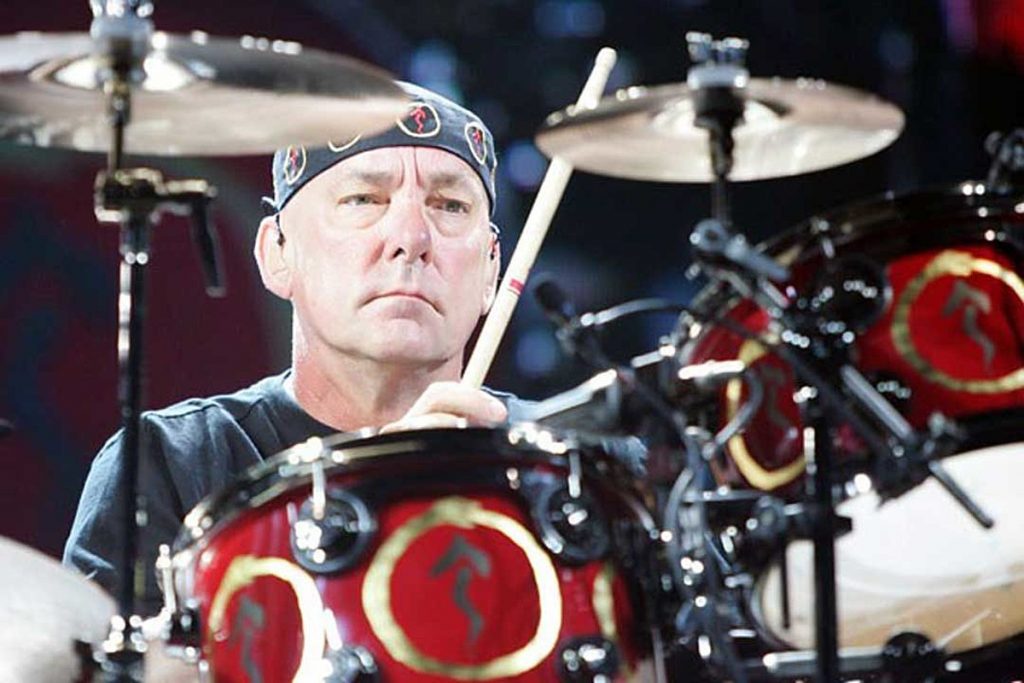 Rush drummer and lyricist Neil Peart has died, following a quiet three-year battle with brain cancer. He was 67.

Elliott Mintz, a spokesperson for the Peart family, initially reported his death. A band representative also confirmed it to Rolling Stone.

Rush completed their final tour in 2015, after Peart decided to spend more time with family. Alex Lifeson said his bandmate was through with touring back then, citing wear and tear.

“His shoulders were hurting, his arms were hurting, his elbows, his feet – everything,” Lifeson said. “He didn’t want to play anything less than 100 percent. He was finding it increasingly difficult to hit that mark on this last tour. So, all those things combined, I get it.”

By then, Peart had left an indelible mark on Rush, both with his virtuoso approach at the drums and his literary flair as a lyricist. He later revealed that the two things went very much hand in hand.

“A big influence on me was John Steinbeck’s The Acts of King Arthur and His Noble Knights, which he never finished in his lifetime,” Peart told Rolling Stone in 2015. “It opens with a little preface that said, ‘Some people there are …’ I said, why? Strange turn of phrase. But he had obviously deliberately chosen it. And some of those formal phrasings were because I was very much driven by rhythm of words – and still am. A line will strike me just because of its drumming rhythm.”

The band had already put out a self-titled debut album before Peart made his performance debut with Rush, who were opening for Uriah Heep on Aug. 14, 1974 at the Pittsburgh Civic Arena. But that concert marked a critical turning point for the gangly 21-year-old drummer – and for rock.

“Among the many memories of that life-changing experience, I would never forget standing on the floor beside stage left while Uriah Heep played ‘Stealin’,” Peart said in his 2006 book Roadshow: Landscape with Drums: A Concert Tour by Motorcycle. “The big dark building, colored lights on the heroic figures up on the stage, the roaring audience, the sheer electricity in that place. Halfway through their show, the retractable dome of the Civic Arena had peeled back, open to the summer night.”

He’d almost given up on this dream, resorting to working at the parts counter at his father’s farm equipment dealership in St. Catharines, Ontario. Peart memorably arrived for this tryout driving his mother’s Ford Pinto, with his drums packed into garbage cans.

“I remember thinking, ‘God, he’s not nearly cool enough to be in this band,'” Lifeson said in Beyond the Lighted Stage. “And then he started playing, and he pounded the crap out of those drums. He played like Keith Moon and John Bonham at the same time.”

His studio debut on 1975’s Fly by Night ois now recognized as the group’s true starting point. That kicked off a creative then commercial juggernaut marked by critically lauded triumphs like 1976’s 2112 and then multi-platinum smashes like 1981’s Moving Pictures.

Peart provided a steady presence through stylistic changes, as the ’80s saw Rush move into then-modern synth-forward sounds, before a return to their sturdy bass-guitar-and-drums trio approach. Personal tragedy also played a role: Peart’s first daughter, and then-only child, died in a single-car accident in 1997, just after Rush ended their Test for Echo tour. Her mother died of cancer 10 months later, and Peart’s professional life ground to a sudden halt.

“We had a period where we were inactive for about five or six years for personal reasons,” Geddy Lee told Matt Cooper in 2011. “When we came back, there was this renewed energy and renewed interest and simply an appreciation for the fact that we’re able to play as a band together at a particular level.”

Years before Rush began slowing down, however, Peart could already see the end in view. He began a rigorous fitness program meant to keep him behind the drums for as long as was possible. “I know there will be a day when I just can’t do it, but at 58 years of age it hasn’t come yet,” Peart said in 2011. “I can still play as fast and as powerful and as long as I ever could.”

There was some question, at first, as to whether Rush were actually done touring. Lee didn’t sound ready to stop, but he and Lifeson both insisted that there could be no Rush without Peart.

“He hasn’t just retired from Rush, he’s retired from drumming,” Lee told Trunk Nation in 2018. “He’s not drumming anymore, and he’s living his life – which is fine. Alex and I are cool with it. We’re all still total pals.”

By then, Peart had slipped into his next phase with ease. “Lately, [his daughter] Olivia has been introducing me to new friends at school as ‘My dad – he’s a retired drummer,'” Peart told Drumhead magazine in 2015. “True to say,” Peart added, before adding that it’s “funny to hear. … Now after 50 years of devotion to hitting things with sticks, I feel proud, grateful and satisfied.”

There had been no public mention of his final illness, leading to a huge outpouring of grief.