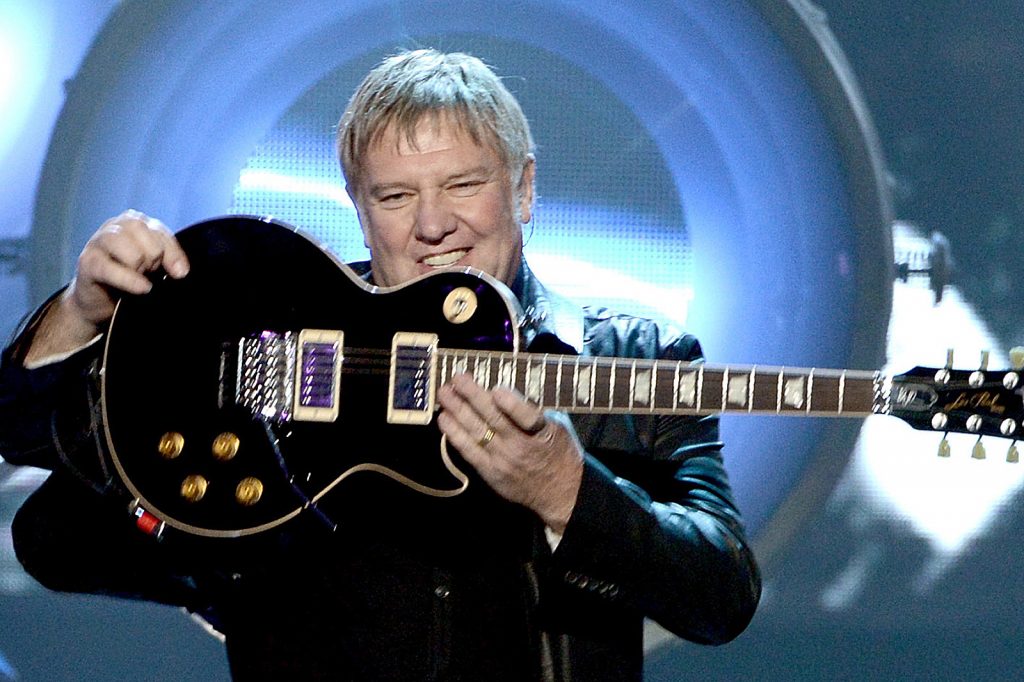 Rush and Primus cemented friendships while touring together in 1992 that have never failed them.

They bonded over a mutual appreciation of artistic approaches, and Rush’s Alex Lifeson says Primus also added an element of humor to the experience.

“We would do sound check at 4:30, and then Primus would set up and they’d do their sound check,” he tells Guitar World. “We’d have dinner at 6, and then we would have a jam, usually in our dressing room or in a hallway that was nice and echoey.

“At one point, the deal was that you had to go out and get an instrument you couldn’t play,” Lifeson added. “I got an accordion and a flute. We all played these instruments we had no idea how to play. We actually recorded these jams. I don’t know what happened to those recordings, but we did them everywhere.”

Primus guitarist Larry LaLonde, who bought a clarinet, said “it sounded like somebody asked, ‘What would it sound like if someone had just bought an accordion that day?’ That’s the kind of music it was.” He also remembered seeing Lifeson “using a tortilla chip for a guitar pick one time,” calling the experience “pretty sweet.”

For Primus frontman Les Claypool, “one of the greatest things I ever experienced was during one of those jams in a sports-arena locker room and watching Neil [Peart] play the lockers as his percussive instrument. It was amazing.”

Next: The Most Overlooked Song From Every Rush Album