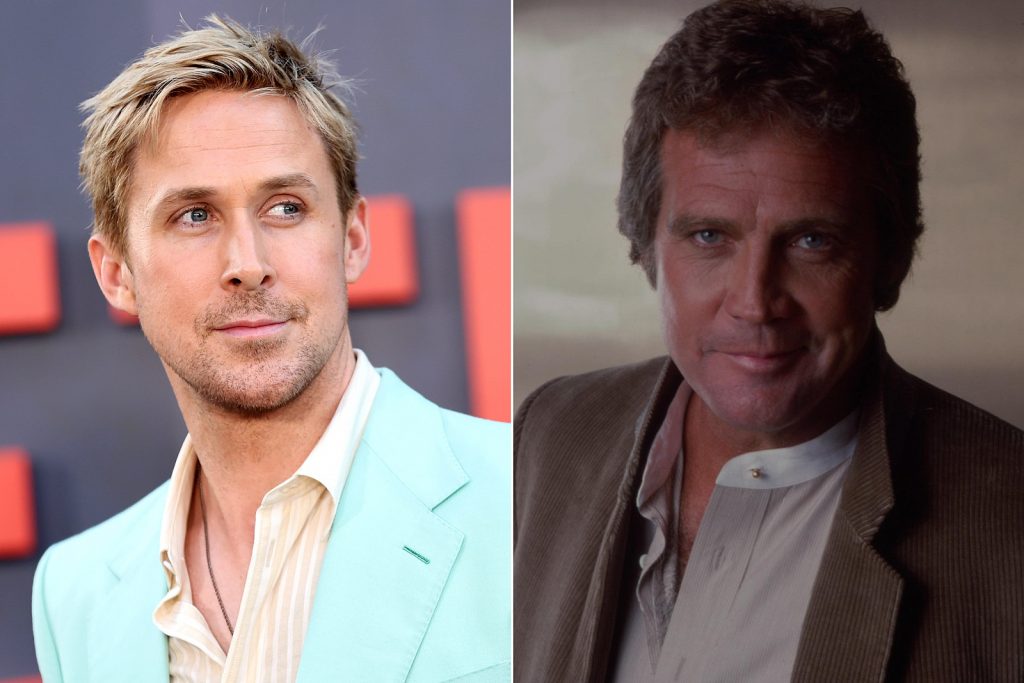 A movie adaptation of the ’80s television series The Fall Guy, about a group of stunt performers who moonlight as bounty hunters, is set to hit the big screen on March 1, 2024.

Ryan Gosling and Emily Blunt will star in the feature film, which will be directed by David Leitch (John Wick, Deadpool 2, Bullet Train) and co-produced by Leitch and his wife and creative partner Kelly McCormick. The script comes from executive producer Drew Pearce, who previously worked with Leitch on the 2019 Fast & Furious spinoff Hobbs & Shaw.

The original The Fall Guy starred Lee Majors as Colt Seavers, a Hollywood stuntman whose physical prowess aided him in his quest to catch criminals. He was assisted by fellow stuntwoman Jody Banks (Heather Thomas) and his cousin and stuntman-in-training Howie “Kid” Munson (Douglas Barr). The show ran for five seasons from Nov. 4, 1981, to May 2, 1986. Majors also sang the series’ theme song, “Unknown Stuntman,” which you can hear below.

Gosling, meanwhile, is currently promoting his new Netflix action-thriller The Gray Man, which was directed by Anthony and Joe Russo of the Marvel Cinematic Universe movies. It marks the actor’s first feature film since the 2018 biopic First Man, in which he played astronaut Neil Armstrong. Before The Fall Guy hits theaters, Gosling will also star alongside Margot Robbie in the highly anticipated Barbie movie, which is scheduled for a July 21, 2023, release.

Blunt most recently starred alongside Dwayne “The Rock” Johnson in 2021’s The Jungle Cruise, which underperformed at the box office, grossing $220 million globally against a $200 million budget. She has enjoyed much greater box office success in the post-apocalyptic horror A Quiet Place franchise, which has spawned two films so far and has a spinoff and a third proper installment in the works.