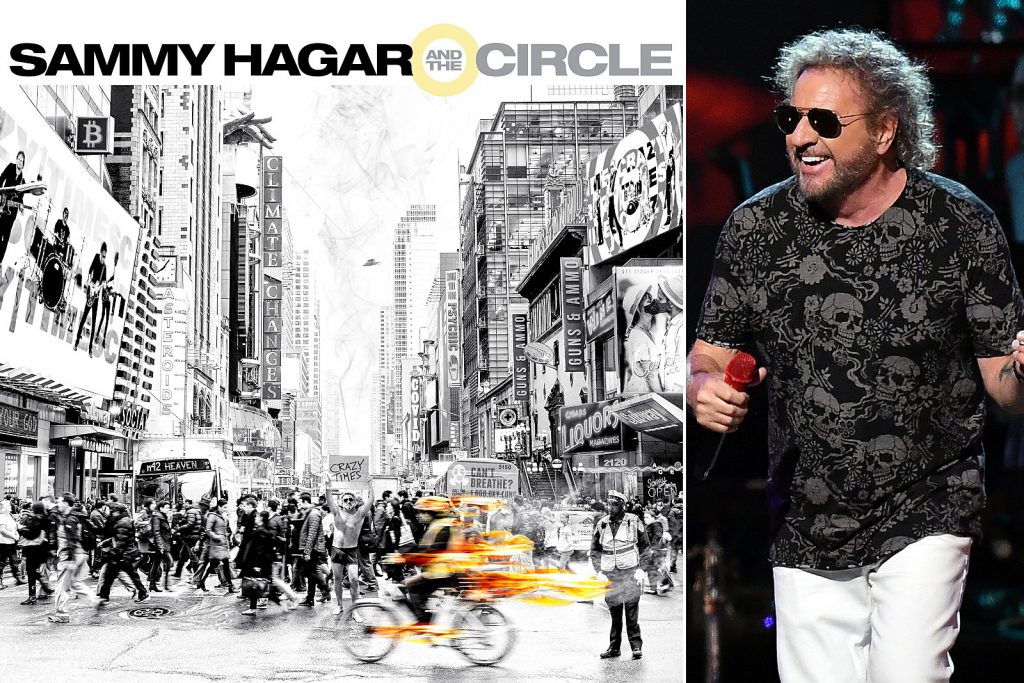 Sammy Hagar and the Circle have announced a new album titled Crazy Times.

The new LP was recorded in Nashville with producer Dave Cobb.

“Before I stepped into the studio with Dave, he’d told me he wanted the best of my career on this record, and he wasn’t going to let me get out of that studio until I gave it to him,” Hagar explained in a press release. “So, I said, ‘If you expect that from me, at my age, as many records as I’ve made, you’re going to have to push me,’ and he said no problem. Obviously, I dug down and just tried to write good strong songs, great lyrics, great melodies and not worry so much about the arrangements because he had that covered. And he pushed and squeezed every one of us. We went in the studio with seven songs and came out with 10.”

Crazy Times marks the Red Rocker’s first album of new material since 2019’s Space Between, his first with the Circle. At the time, Hagar suggested the LP would likely be his last. Hagar and the Circle then released Lockdown 2020 in January 2021, but that LP – recorded virtually amid the pandemic – was made up almost entirely of covers.

A full track listing for Crazy Times can be found below. The album comes out Sept. 30 and is available for preorder now.

Hagar is currently in the midst of the Crazy Times tour alongside George Thorogood. The trek kicked off in June and, after taking most of July off, will resume again in August.

“The Circle and I are superexcited and ready to throw the party of the year with George Thorogood,” Hagar declared before the tour’s start. “We’re going to take the music and party to a whole new level – ‘Crazy Times’ is an understatement.”