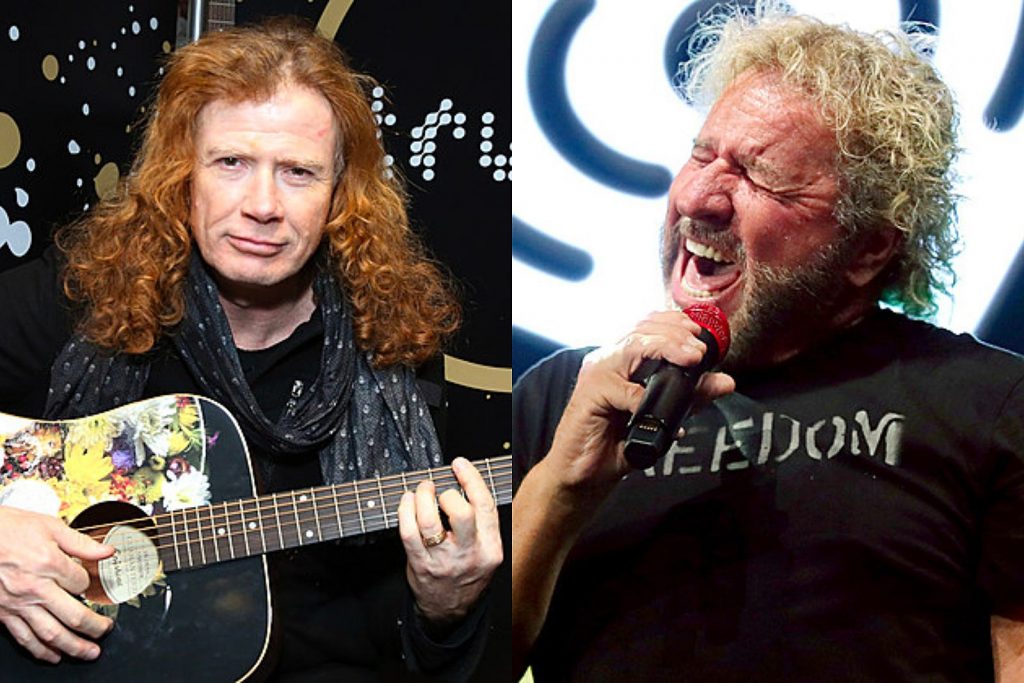 Megadeth‘s upcoming album, The Sick, the Dying … and the Dead!, includes an appearance by Sammy Hagar, who sings on a cover of his song, “This Planet’s on Fire.”

In a recent interview, Megadeth frontman Dave Mustaine noted his longstanding admiration for Hagar and explained how he came to invite him to perform on the album.

“A lot of people didn’t know Sammy before he did his time in Van Halen,” Mustaine said on Full Metal Jackie’s radio show. “I know him from back when he played in Montrose and, after that, in his solo career. I never really was convinced with the Van Halen tracks because I’d heard Sammy sing on Montrose, and that man can sing … oh, my God. He was one of my favorite singers, forever and ever. ‘I Got the Fire’ is one of my favorite Montrose songs. It’s such a heavy song; even Iron Maiden covered it. I thought, ‘Wouldn’t it be great to do ‘This Planet’s on Fire’ by Sammy?'”

At first, Mustaine asked if Hagar might be willing to supply more than just vocals. “I contacted him and asked him, ‘Would you mind singing on it and maybe putting down some guitars?'” Mustaine recalled. “So he came back and said, ‘Sure, I’ll sing on it. I ain’t playing guitar because I heard you two shredders and you just leave the stuff like it is.’ I was really flattered because I think Sammy’s a great guitar player.”

“I was already headlining concerts in the Bay Area for promoter Bill Graham, but they wouldn’t play my records on the radio,” he wrote in his 2011 book, Red: My Uncensored Life in Rock. “By the time I went into the studio to record Street Machine, I was over trying to get a Top 40 Hit.”

Street Machine reached No. 71 on the Billboard 200, but when Hagar then hit the road with Pat Travers and Scorpions, tickets began to fly off the shelves. “We sold out everywhere,” he wrote. “It was unbelievable. We were doing … 12,000 seats. It was a low ticket price and it was a package deal, but it was the first time I did a headline tour.”

Megadeth’s The Sick, the Dying …  and the Dead! arrives on Sept. 2. Hagar, meanwhile, is planning an album called Crazy Times for possible release this year.