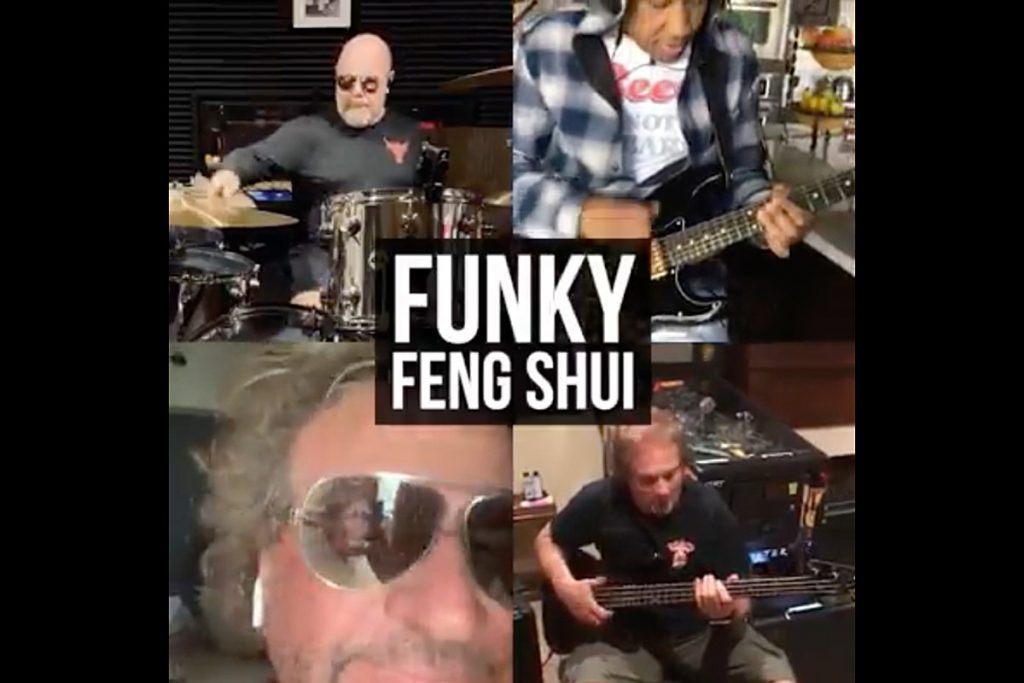 Sammy Hagar and the Circle aren’t letting the coronavirus stop them from making new music.

You can see video of the foursome performing the track while obeying social isolation rules below.

“The Circle will be doing more of this, it’s too much fun!” Hagar declared on Instagram. The post goes on to explain that Bonham challenged his bandmates to record “a jam they’d been playing backstage warming up for shows” to pass the time during the coronavirus shelter-at-home lockdown. The drummer recorded his parts first, Johnson added guitar second, followed by Anthony’s bass and finally Hagar’s vocals.

Hagar and the Circle were scheduled to launch a North American tour with Whitesnake and Night Ranger on July 9 in West Palm Beach, Florida. Earlier this week Whitesnake were forced to step down from the tour as a result of singer David Coverdale’s pending surgery.