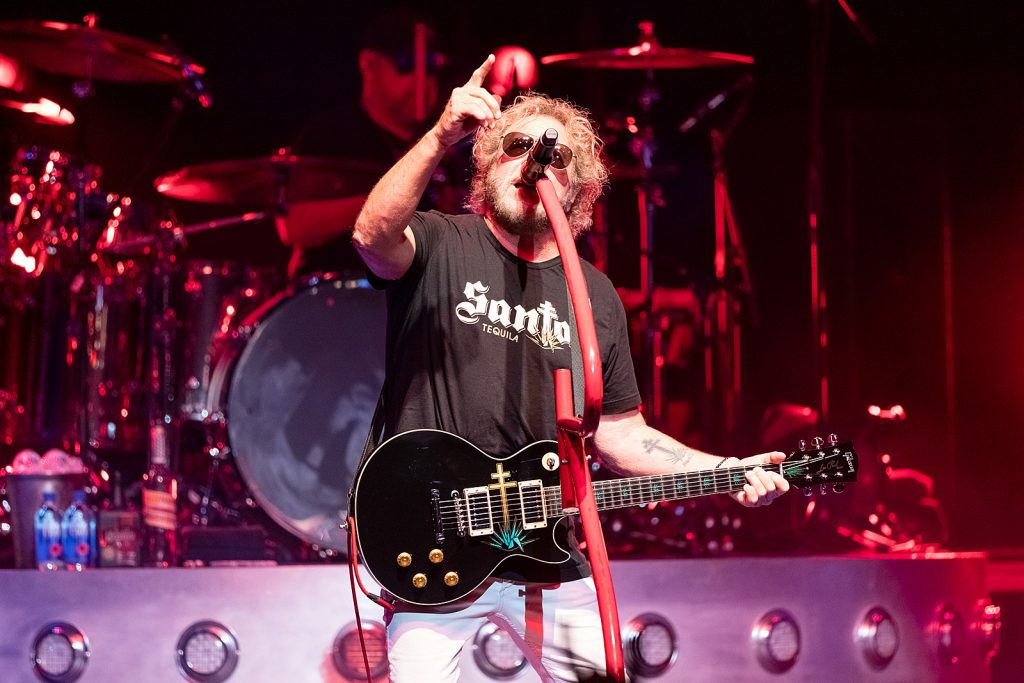 Sammy Hagar had a treat up his sleeve when he returned to Cleveland this past weekend. “Rock Candy,” from his days with Montrose, was added to the set list for his headlining performance at the Cleveland Agora on Aug. 15.

In a recent interview with The Washington Post, the former Van Halen singer noted that the song, which used to be a “staple for 99 percent” of his shows, had taken a back seat lately. “We mix it up pretty good now,” he said. “We’re going heavy on Van Hagar lately because that really got neglected over the years before Eddie [Van Halen] died.”

“Rock Candy” has long been a favorite of Cleveland music fans. When Montrose performed at the Agora in 1974, Hagar said, “We’re gonna do ‘Rock Candy’ – something we don’t usually do.” They were 43 minutes into their set that night and fired up. Hagar punctuated his intro of “Rock Candy” by bellowing, “We’re gonna do another one! Just gettin’ warmed up!”

“Rock Candy” has become such a signature song for Hagar that it’s hard to imagine a time when the fan favorite wouldn’t have been part of a set list. But as Hagar noted during a backstage conversation before his recent sold-out Cleveland performance, the band considered the funked-up, guitar-driven jam “too slow” for what they were doing at the time.

Struck by a moment of nostalgia at the Agora, Hagar said, “I don’t think it’s on my list tonight, but it’s going to be, just to prove a point.” He indeed found a place for it among the 15 songs that summed up his career in approximately two hours.

You can see videos, photos and the set list from the show below.

He had heavy artillery in the form of the Circle, his current band that features former Van Halen bassist Michael Anthony, guitarist Vic Johnson and drummer Jason Bonham. Four of the show’s songs came from his Van Halen years, including “Poundcake” and “Right Now” from For Unlawful Carnal Knowledge, which recently celebrated its 30th anniversary.

Classic-rock standards like “Three Lock Box,” “Heavy Metal” and “Your Love Is Driving Me Crazy” also showed up, with Hagar playfully volleying his fists like a prizefighter during the latter tune.

Watch Sammy Hagar and the Circle Perform ‘Your Love Is Driving Me Crazy’ in Cleveland on Aug. 15, 2021

Led Zeppelin’s “Rock and Roll” highlighted the famous lineage of Bonham (son of late Zeppelin drummer John Bonham), who took a moment to pay homage to Anthony and Hagar, telling the audience, “When I was a kid, I used to buy the albums. Now, I’m in the band.”

Bonham and Anthony proved to also be a thunderous combo, holding down the low end in an unmistakable way, highlighting the chemistry that’s developed within the band. It’s easy to see why Hagar has developed such an affection for this group.

Guitarist  Johnson is the Circle’s most stoic member, but, as Hagar has noted, he’s the one who gets to replicate the guitar work of Eddie Van Halen and Ronnie Montrose – no small feat, and he did it onstage in an understated way without flash, but with plenty of reverence. Hagar himself checked in with a spotlight cover of David Bowie’s “Heroes,” which can also be found on the latest Circle album, Lockdown 2020.

Watch Sammy Hagar and the Circle perform ‘Heroes’ in Cleveland on Aug. 15, 2021

Bookending the Bowie cover in the three-song encore were a pair of fan favorites: the solo hit “Eagles Fly” and the Circle’s “Affirmation,” from their 2019 album Space Between.

On the edge of his 74th birthday, Hagar proved during the concert that music is keeping him young. With the Circle behind him, his performance was just as magnetic as the one he delivered at the same venue more than 45 years ago.

Watch Sammy Hagar and the Circle perform ‘Eagles Fly’ in Cleveland on Aug. 15, 2021

Singer returns for a headlining performance.