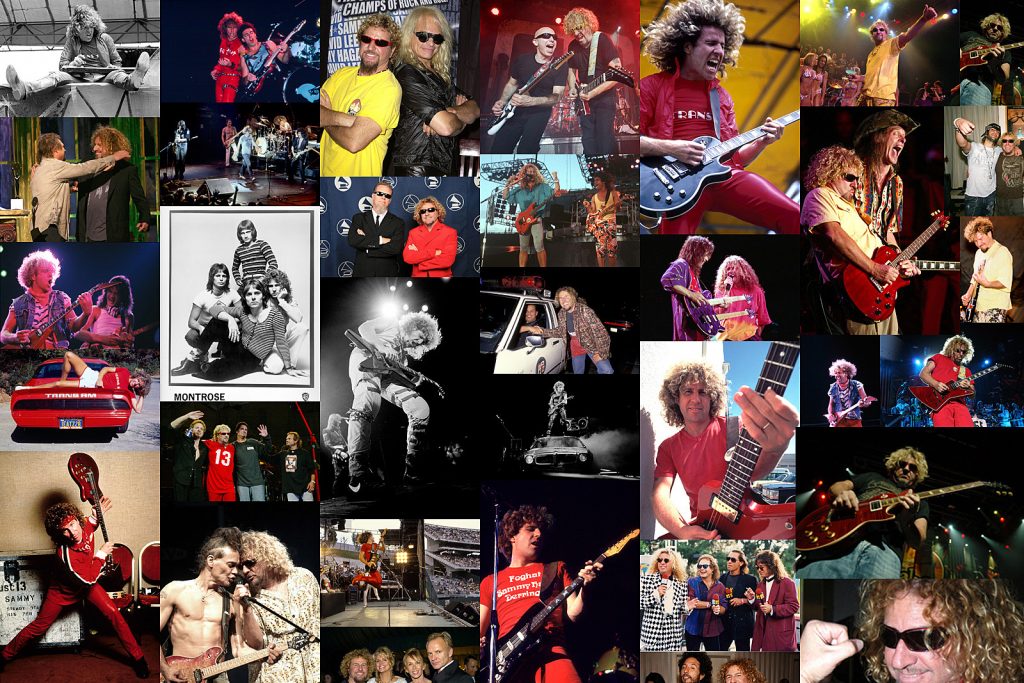 We’re celebrating the long and winding career of Sammy Hagar with photos of him from 1973 to the present.

Born Oct. 13, 1947, Hagar formed his first band, the Fabulous Castilles, at age 14 and began pursuing a full-time musical career as soon as he graduated high school. He got his first big break as the singer for Montrose, whose 1973 self-titled debut album is cited as a big influence on bands like Iron Maiden, Motley Crue and Van Halen.

After being fired from Montrose in 1975, Hagar launched a solo career, steadily building a following based on his reputation as a dynamic live performer. By the early ’80s he became a bona fide star, filling arenas as a headlining act and releasing a string of successful albums and hit singles including “Your Love is Driving Me Crazy” and “I Can’t Drive 55.”

In 1985 music fans learned of David Lee Roth’s split from Van Halen; Hagar was announced as his replacement and quickly put his stamp on the band’s music. With the Red Rocker at the helm, they released four straight No. 1 albums while maintaining their status as one of rock’s most popular live acts.

After an acrimonious 1996 breakup, Hagar charged right back into his solo career with successful albums such as 1997’s Marching to Mars and 2000’s Ten 13. In 2008 he formed Chickenfoot with longtime friend and Van Halen bandmate Michael Anthony, guitarist Joe Satriani and drummer Chad Smith.

Half a decade later, Anthony and Hagar created the Circle with drummer Jason Bonham and guitarist Vic Johnson. Following the 2020 death of Eddie Van Halen, the pair began adding more Van Halen song into their set lists. “I don’t care how proud I am of my own stuff, I can’t ignore [my time in Van Halen],” Hagar told UCR. “That’s the biggest peak of my career. … It’s never gonna die, and we’re not gonna let it.”

More than five dozen photos of the Red Rocker in action.