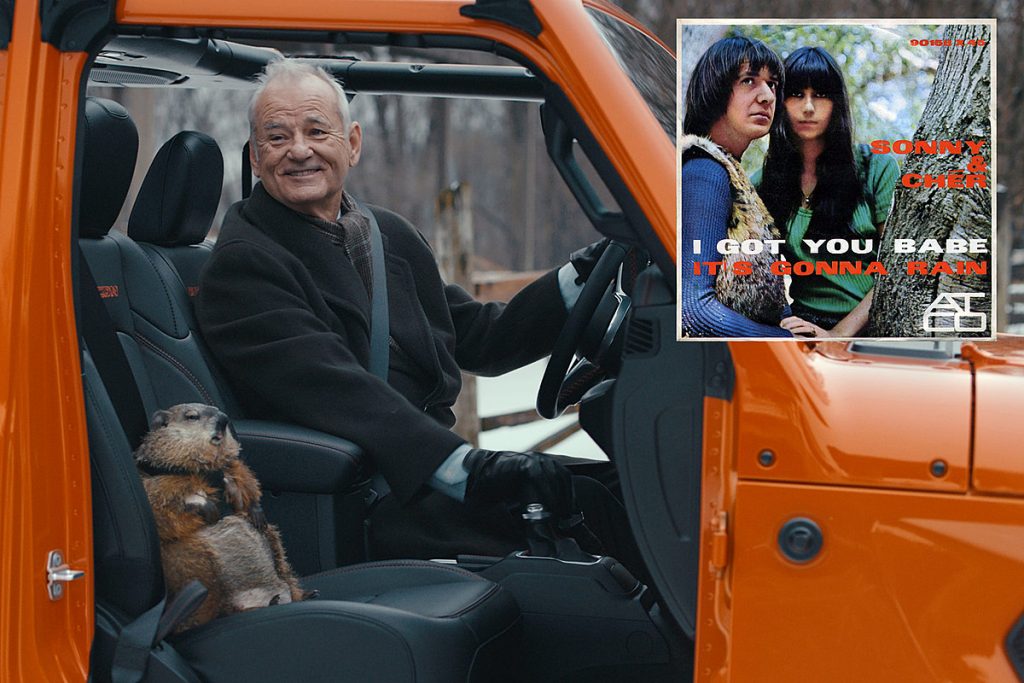 In a new commercial from Jeep, Bill Murray revisits the world of Groundhog Day, the 1993 comedy which saw his character reliving the same day over and over again.

The spot is set to air on Super Bowl Sunday, which also happens to be Groundhog Day 2020. Fans of the film will recognize many sights and sounds from the original.

As an alarm clock flips to 6AM, Murray’s character, Phil Connors, awakes to the sound of Sonny and Cher’s 1965 classic “I Got You Babe.” After muttering “Oh no” a couple of times, he exits to find he is indeed in the Groundhog Day world once again. Snow is falling from the sky, annoying insurance salesman Ned Ryerson (Stephen Tobolowsky) pesters Connors in the street and the town mayor is loading the friendly groundhog Puxsutawney Phil back into his cage.

As Conners looks around, he spots a flashy new 2020 Jeep Gladiator. “Well, that’s different,” Murray’s character notes before kidnapping the groundhog, jumping in the vehicle and engaging in a series of hijinks. Shots of Connors and his rodent friend off-roading in the snow, engaging in various outdoor adventures and even stopping by a local arcade ensue. Unlike in the film, every time a new day begins, Murray emerges from his bed excited and more energetic than the previous.

“Not a bad day,” Connors comments at the end of the commercial, as he and the groundhog lounge in the Jeep’s flatbed while watching fireworks. See the commercial in its entirety below.

Released Feb. 12, 1993, the original Groundhog Day was one of the year’s top grossing films, maintaining a place in pop culture ever since. In 2017, a stage musical based on movie premiered on Broadway.