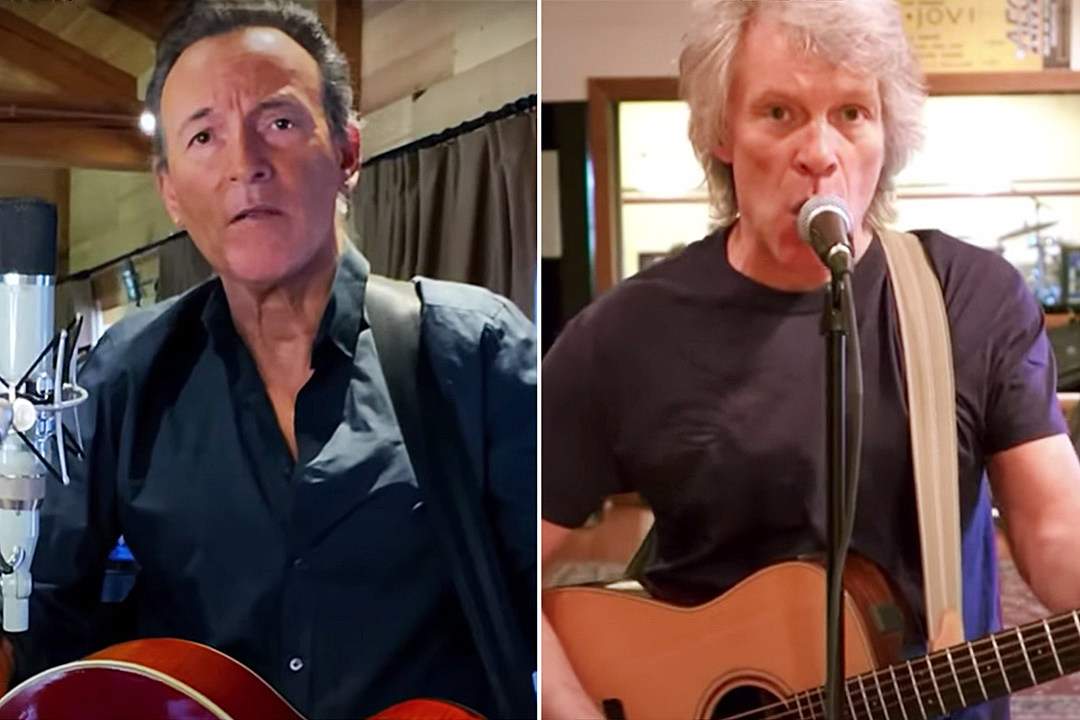 Springsteen sang “Land of Hope and Dreams” and “Jersey Girl” with his wife, Patti Scialfa, while Bon Jovi delivered a solo version of his band’s classic track “Livin’ on a Prayer.”

Funds raised by the show will go to the New Jersey Pandemic Relief Fund.

You can watch their performances below.

“We’re here tonight dedicated to our healthcare workers and of those who’ve lost loved ones, and those who are suffering and dying with this terrible disease in our beloved state,” Springsteen before his performance. Presenters Jon Stewart and Stephen Colbert noted that New Jersey is the second-worst hit in the U.S., having suffered more than 5,000 deaths during the coronavirus pandemic.

“I was tasked with curating a show,” Bon Jovi told Apple Music beforehand. “The obvious and easiest first phone call was to the King of New Jersey, and he said yes. So, once Bruce was on … . Bruce signed on quick and then we got Tony Bennett, which blows my mind. … We all got to do our part. And whether it’s just staying at home or social distancing, that is just as important a part to play.”

The singer noted that the “governor is a local. He lives near me here in Jersey. And his wife had come to me and said, ‘We have to do something specific for New Jersey, because it’s the second hardest-hit state in the nation.’ A lot of small businesses and working people are wondering where that next paycheck is coming from, because they’ve either been furloughed or laid off and they’re not sure when they’ll get back to work.”

Bon Jovi repeated his explanation of canceling his band’s upcoming tour so fans could get refunds they might need. “In this time of uncertainty, we just wanted folks to know that they were there for us for these three-plus decades,” he said. “We’re there for them. We will be back when it’s okay to be back. … It’s not postponement. I don’t want you holding onto a piece of paper when you got a credit card bill sitting on your kitchen table.”