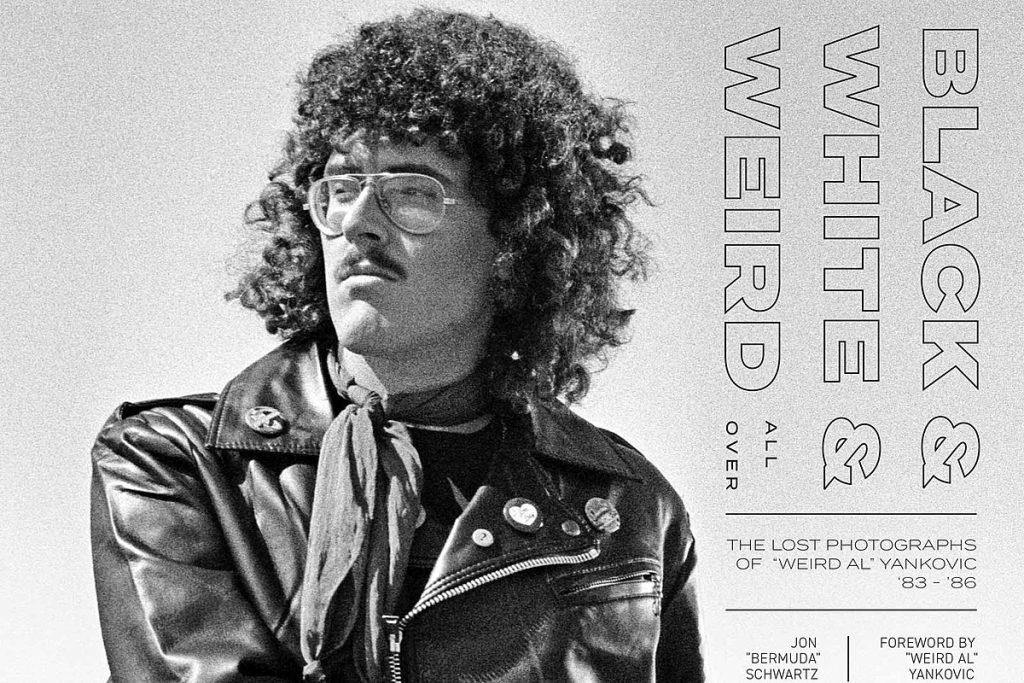 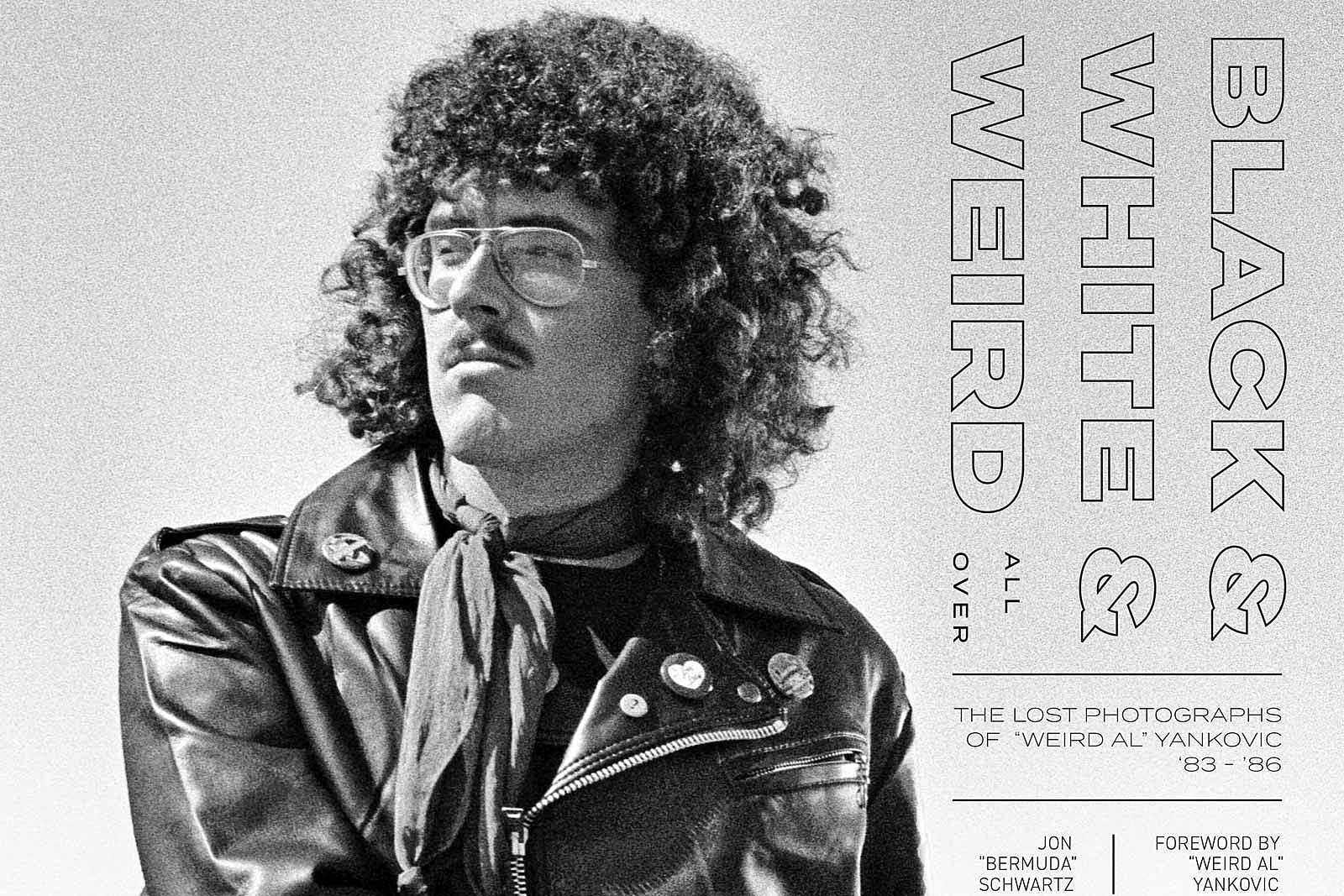 “Weird Al” Yankovic‘s self-titled debut album was released in April 1983. It wasn’t long before videos for two of the LP’s songs – “Ricky,” a parody of Toni Basil’s No. 1 “Mickey” reworked as an I Love Lucy homage, and “I Love Rocky Road,” a takeoff on Joan Jett and the Blackheart’s “I Love Rock ‘n Roll” – went into heavy rotation on the still-growing MTV network.

Over the next four decades he’d rewrite some of music’s most popular songs – from Madonna’s “Like a Virgin” to Nirvana‘s “Smells Like Teen Spirit” to Don McLean‘s “American Pie,” updated as a sprawling Star Wars epic that may be Yankovic’s tour de force – and finally score the first No. 1 album of his career with 2014’s Mandatory Fun.

No period was busier and more prolific than that first decade, when Yankovic released six albums and placed six singles on the Billboard chart. That era is collected in a new book, Black & White & Weird All Over: The Lost Photographs of “Weird Al” Yankovic ’83 – ’86, scheduled for release this fall. The 218-page hardcover volume includes hundreds of black-and-white photos taken by Yankovic’s longtime drummer, Jon “Bermuda” Schwartz, in the studio, onstage and on video sets.

“Everything was new and exciting,” Schwartz tells UCR. “And fun. As Al’s popularity and success grew, we also got to enjoy the ride. MTV was new and hungry for videos, and Al delivered. Looking back, we were lucky and privileged to have some success, but I think we knew that even then. The fact that we’re still at it 35-plus years later, with the original lineup, is remarkable and unexpected.”

Yankovic added in a news release: “The last several decades have been an amazing ride. More than once – an annoying number of times, actually – Jon has warned me, ‘Someday I’m going to write a book about all this!’ It became a bit of a running joke. But now he’s actually made good on the threat.”

A new teaser video for the book includes a portion of the basic rhythm track from “Eat It” – “bass, drums, guitar and Roland TR-909 drum machine, with a rough vocal pass from Al,” says Schwartz. The song became Yankovic’s first Top 40 hit; the parody of Michael Jackson’s “Beat It” reached No. 12 in 1984.

You can watch the premiere of the teaser video below.

Black & White & Weird All Over was culled from more than 20,000 photos Schwartz took over the years but never published. In fact, they’ve been on contact sheets since the mid-’80s. The book marks the first time anyone has seen the pictures. “It’s a fine snapshot – actually, several hundred snapshots – of what life was like for us in the ‘80s,”​ Yankovic said.

The pics span everything from behind-the-scenes moments with crew members to Yankovic clowning around backstage. “I focused on shots that had crew people, lights and especially Al between takes in the make-up chair, rehearsing a scene, sometimes just sitting or mugging for the camera, which he did frequently,” Schwartz says. “Basically, any shot that makes a fan feel like they were there.”

You can see some exclusive photos from the book, many taken on-set during video shoots, below.