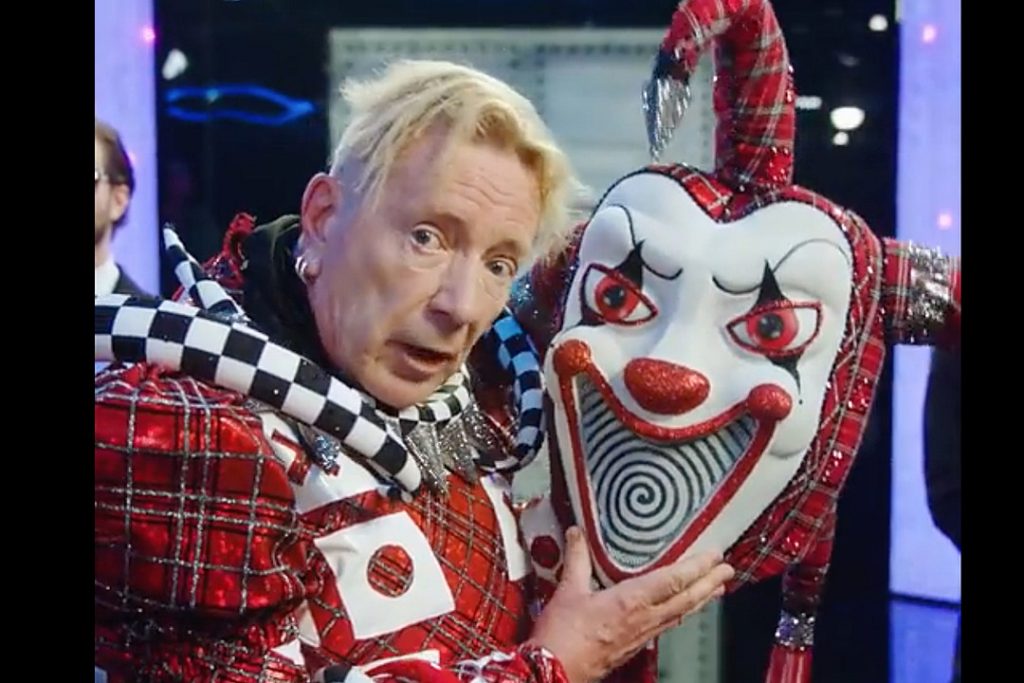 Sex Pistols star John Lydon was revealed to be the man underneath the jester costume on The Masked Singer last night.

After being voted off the show in its seventh week, the singer explained that he participated to entertain his longtime wife Nora Forster, who is battling Alzheimer’s disease.

“I hope that when my wife sees it, she’ll get it, or at least be entertained,” Lydon told Yahoo! “Because I did it for my lovely Nora who’s currently suffering from Alzheimer’s, a disease that she’s never going to recover from and it’s slowing going to get worse. So, this should bring some great joy to her.”

Lydon had nothing but high praise for his time on the program, which included live performances of Alice Cooper‘s “School’s Out” and “Man of Constant Sorrow,” the traditional American folk song made famous in the 2000 movie O Brother, Where Art Thou? “They were really good, friendly. I was expecting the usual torture that TV productions can bring your way, not so, I found everybody’s been really generous and friendly. Of course, they were alarmed that I wanted a mirrored codpiece.”

He was also greatly amused by the show’s judges and fans guessing that celebrities such as Ozzy Osbourne or Jack Black were under his jester costume. “Flea I could somewhat understand. But Simon Cowell? Howard Stern? Jack Black? Ozzy Osbourne? These are characters whose body shapes defies any logical thinking, if that’s what you’re coming up with.”

Watch John Lydon Perform ‘School’s Out’ on ‘The Masked Singer’