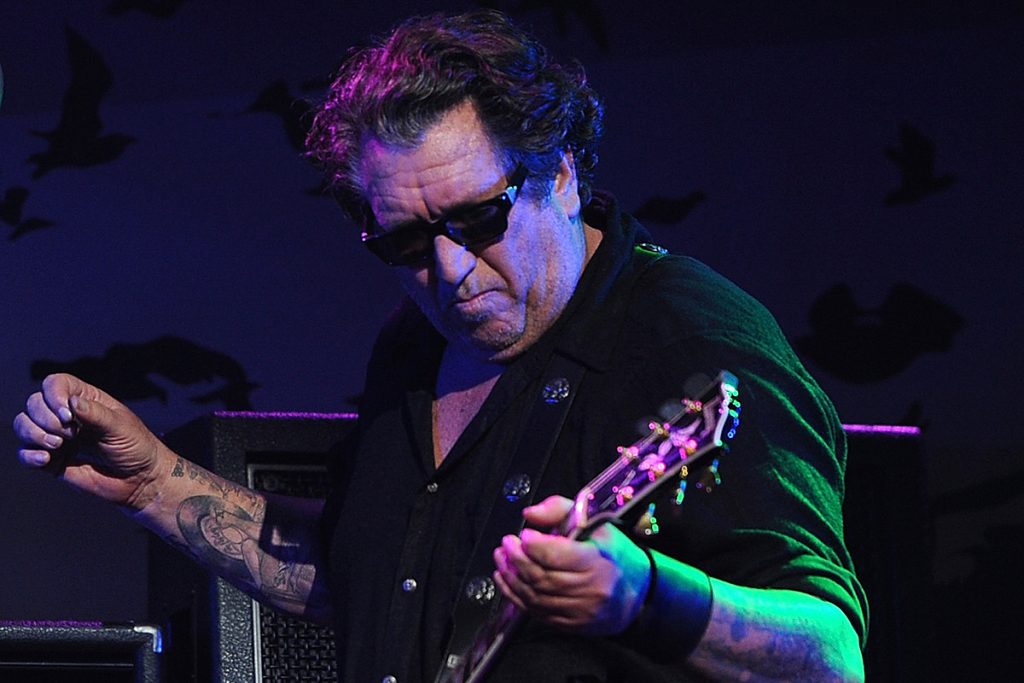 Sex Pilots guitarist Steve Jones suffered a heart attack three months ago and has been recovering ever since. He revealed the health problem upon returning to his radio show, Jonesy’s Jukebox, airing on 95.5 KLOS in Los Angeles.

The first scare came in early August. “I’m out in Malibu with my buddy, Richard,” Jones explained. “All of a sudden my face started feeling all wonky.” He began to panic, thinking he was having a stroke: “We called a paramedic and went to St John’s hospital and did all the checks, kept me there overnight.”

Jones was suffering from Bell’s Palsy, a muscle disorder that causes one half of the face to droop. He confessed he “no idea what it meant, other than when I smiled I looked like Popeye.”

Three weeks later, the Sex Pistols guitarist awoke in the middle of the night with a pain in his chest. He drove himself to a Los Angeles area hospital, where he underwent emergency heart surgery. “So, I had a heart attack,” Jones admitted, “and I kept hearing 90% blockage.”

Despite now being strong enough to return to his radio gig, Jones said his recovery has been “a bit of a nightmare. I’m on eight [or] nine medications,” he noted. “And I’m getting real weird reactions, dizzy and just out of my mind.” Watch the video below for Jones’ full description of his health woes.

The Sex Pistols came to prominence in the ’70s with a blistering punk-rock sound. Songs like “Anarchy in the U.K.” and “God Save the Queen” helped them achieve mainstream success, while drug use and on-stage antics earned the group a reputation for being wild. Amazingly, they only released one studio album, 1977’s Never Mind the Bullocks, Here’s the Sex Pistols. The band disbanded in 1978, a year before frontman Sid Vicious died of a drug overdose.

Jones has worked steadily in music since his Sex Pistols days. He played alongside many of rock’s biggest acts, including Bob Dylan, Billy Idol, Joan Jett, Thin Lizzy and Iggy Pop. Jones also released two solo LPs in the late ’80s. He’s hosted Jonsey’s Jukebox – in one form or another – since 2004.