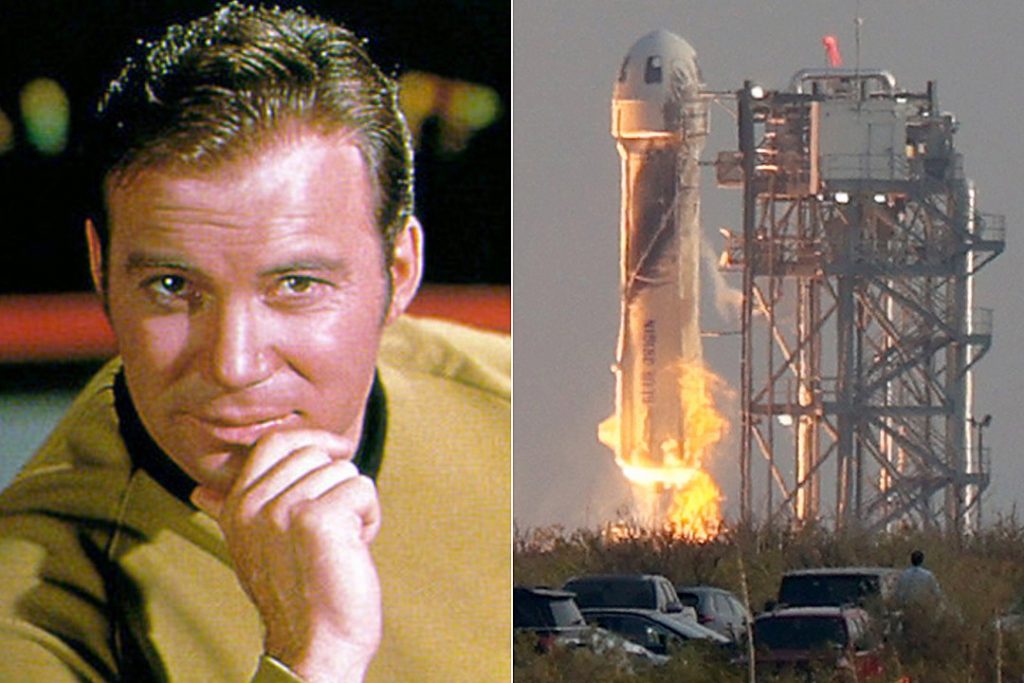 According to TMZ’s unnamed sources, the 90-year-old actor — whose character Captain Kirk famously served on the U.S.S. Enterprise in Star Trek — will be onboard the New Shepard capsule for a 15-minute civilian flight in October. That would make him the oldest person to ever take part in a space mission.

The event will be reportedly filmed for a documentary, with negotiations currently taking place after stalled discussions with Discovery. The other crew members for the flight were not revealed.

While Shatner hasn’t previously left Earth, his voice has: In March 2011, the actor (and occasional spoken-word rock artist) recorded a wake-up message for the STS-133 crew onboard the Discovery space shuttle. That announcement, featuring the Star Trek theme, was set to the sci-fi show’s theme music.

“These have been the voyages of the space shuttle Discovery,” he said. “Her 30-year mission: To seek out new science. To build new outposts. To bring nations together on the final frontier. To boldly go, and do, what no spacecraft has done before.”