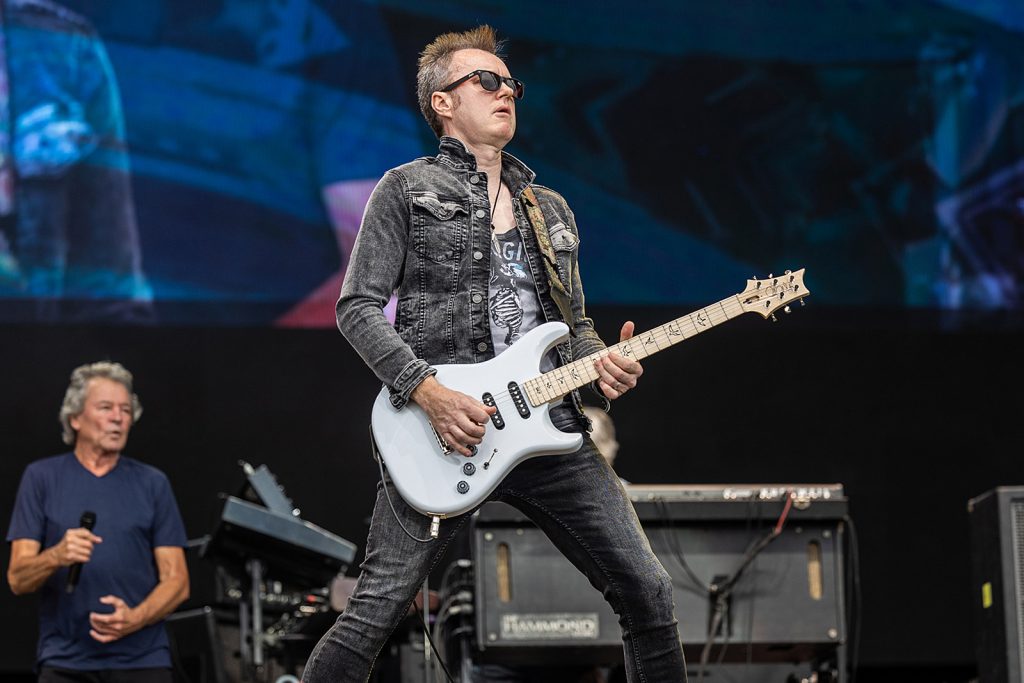 Simon McBride said his installation as the new Deep Purple guitarist was a “life-changing” moment and added he was ready to contribute to the band’s next album.

He was confirmed as Steve Morse’s full-time replacement after becoming his temporary stand-in earlier this year. Morse, a member for 28 years, bowed out to spend time with his ailing wife.

“It’s been an amazing year, and honestly, it’s been life-changing,” McBride told Vinyl Writer Music in a new interview. “And now we’ve just started our third tour together, and it’s all been going fantastic. The guys are brilliant, everybody’s very happy. … But nobody is happier than me, though, because it’s Deep Purple. I’ve joined one of the most iconic rock bands in the field. That’s dream-come-true stuff.”

Asked about the challenge of preserving the group’s legacy while continuing to move forward, he noted, “The band has released so much good music recently, so a lot of preservation has been happening. I plan to bring myself to the party and go from there.” On the subject of new music, he insisted his current focus was the band’s tour dates but added that “there’s been whispers of new stuff, but we haven’t done any writing or anything yet, so we’ll have to play it by ear. … I’m always writing stuff on the road. It can be for me, or it can be for Deep Purple, so we’ll see how things unfold in terms of new music.”

McBride explained that, although he’s known for being a blues artist, his roots lay in ‘80s rock. “My style of playing probably brings a slightly harder edge than what’s been in the band before,” he argued. “I just bring my influence and style, which works very well for Deep Purple. You could say I’m a happy-go-lucky person, and there aren’t many things that seem to get me down for too long. So, I bring that sort of atmosphere to the band, which probably helps bond everything together.”

He added, “We’re just enjoying it and having a lot of fun. And there’s no talk of stopping, so there’s nothing to worry about there, which is great.”

Charting more than 50 years of changing faces in Deep Purple.