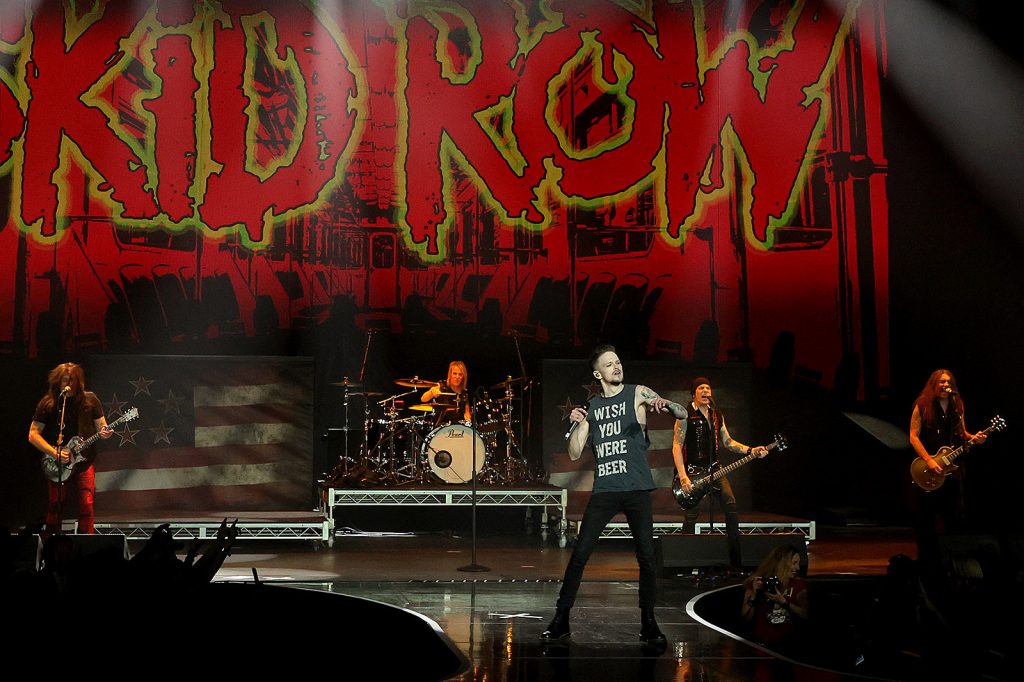 The lineup change was revealed last month, hours before their first performance together in Las Vegas. The band also released “The Gang’s All Here,” the first single featuring Gronwall, and the title track from their upcoming album.

“It got to a point where the situation with Zee kind of put itself forth where we had to make a decision, because something still wasn’t working correctly,” Sabo told Eddie Trunk on SiriusXM in a new interview. “And that’s when the idea with Erik came up. And ironically enough, years ago, a good friend of mine, Rob Hoffman, had said, ‘If something ever happens, there’s this guy in Sweden.’ And he said the same thing to our manager as well, years ago. And all of a sudden, as life happens, it kind of came full circle and it became a reality.”

Bolan said his thoughts about Gronwall had begun to crystalize in 2018 when Skid Row were touring Europe with the singer’s former band, H.E.A.T. “We’d hear him every night from the dressing room, and a couple of times, I was, like, ‘Man, listen to this guy sing. He’s phenomenal,’” the bassist recalled. “Then I went behind the monitor board a couple of times… I’m like, ‘Wow, when Skid Row has some downtime, I’m gonna get in touch with this dude and start a side project with him.’ … As time went on and we got to the point to where we were with ZP and stuff … I told Snake, ‘We’ve got to check this guy out.’”

The band, along with producer Nick Raskulinecz, sent Gronwall some songs “just with a guide vocal on it, and it came back about 24 hours later, and we were like, ‘All right, he’s the guy. Get him on a plane. Let’s do this.’”

The album was completed by file exchange with Gronwall working in Sweden. When he arrived in Las Vegas on Mar. 22, four days before their first show together, it was the first time he’d met Skid Row as his bandmates. Bolan revealed: “I just found out last night at dinner, he’s, like, ‘I’ve never recorded myself like this before!’ And I was like, ‘I’m so glad I didn’t know that.’ As if my stress level isn’t high enough – I would have just completely combusted right there!”

Sabo noted that he and the rest of the band couldn’t be happier with their new frontman. “I’ve been on a high for probably the last month,” the guitarist admitted. “Just hearing the way the songs are coming out, seeing the enthusiasm in everybody, seeing the positive reactions we’re getting from playing it for people… I feel like I’m 25 years old again.”