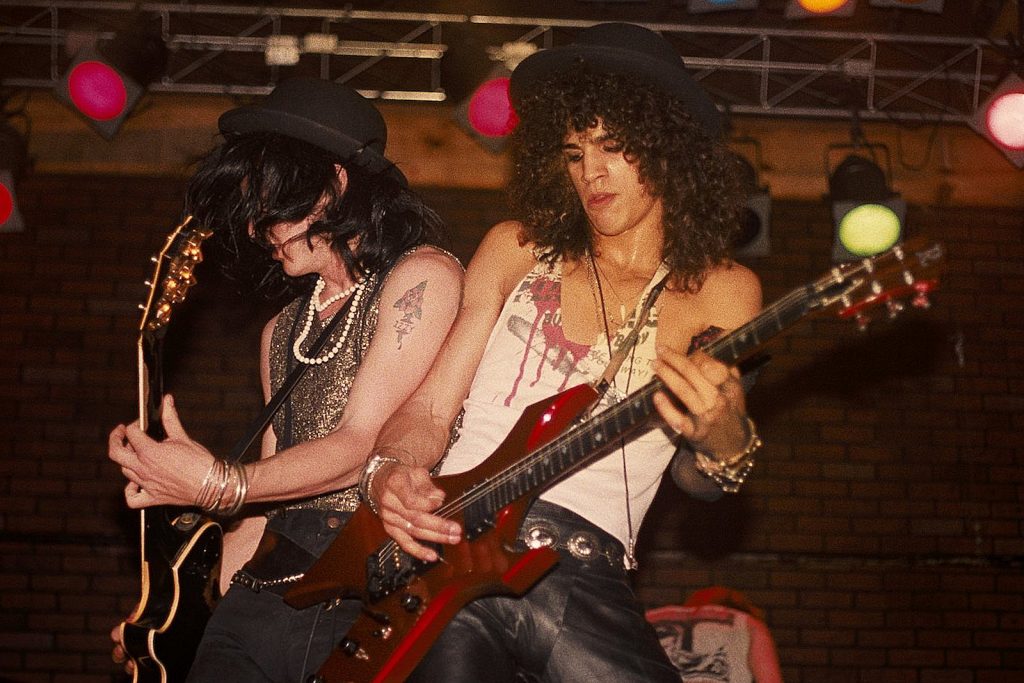 Guns N’ Roses will forever have their history tied to Los Angeles’ famed Sunset Strip, which gave birth to many of the ‘80s biggest rock acts. Despite that, Slash admitted he despised the music scene from which his band emerged.

“I fucking hated the whole scene, man,” the guitarist confessed during an interview with Classic Rock. “At least if you were in the U.K., you had some cool bands that represented the ’80s, at least from a rock ’n’ roll and metal point of view. You had some really cool, credible music coming out. But in Los Angeles, it was just bullshit. And [GNR] were coming up in the midst of all that.”

Part of what Slash hated about the scene was what he perceived to be other bands’ motivations.

“Everybody was fucking converting to the industry standard to get a record deal and get girls, this whole thing,” he explained. “Where our band was coming from was the antithesis of all that, and it’s something I’m really proud of.”

Slash was quick to note that he had great respect for artists that came up through the Los Angeles music community before his band arrived.

“I have wonderful memories of L.A. from when I was seven years old all the way up to when I was 12,” he noted. “I was kind of raised in the L.A. music scene, and it was great. I watched it go through these music trends in my short little lifetime up to that point. But what it turned into in the ’80s was something that was unrecognizable from an integrity point of view and a creative point of view.

“The whole thing had just sort of been diluted,” he added. “I have to say, in hindsight, that at least it was exciting in the ’80s, at least there was a scene. Right now there is no L.A. scene. But there was a huge scene going on in the ’60s and right through the s’70s. It was really identifiable and really musically revolutionary. And in the ’80s it just turned into this other thing.”

Slash recently released 4, his latest album with Myles Kennedy and the Conspirators. The group is currently touring the U.S. in support of the release, while Guns N’ Roses are scheduled to return to the road in May.