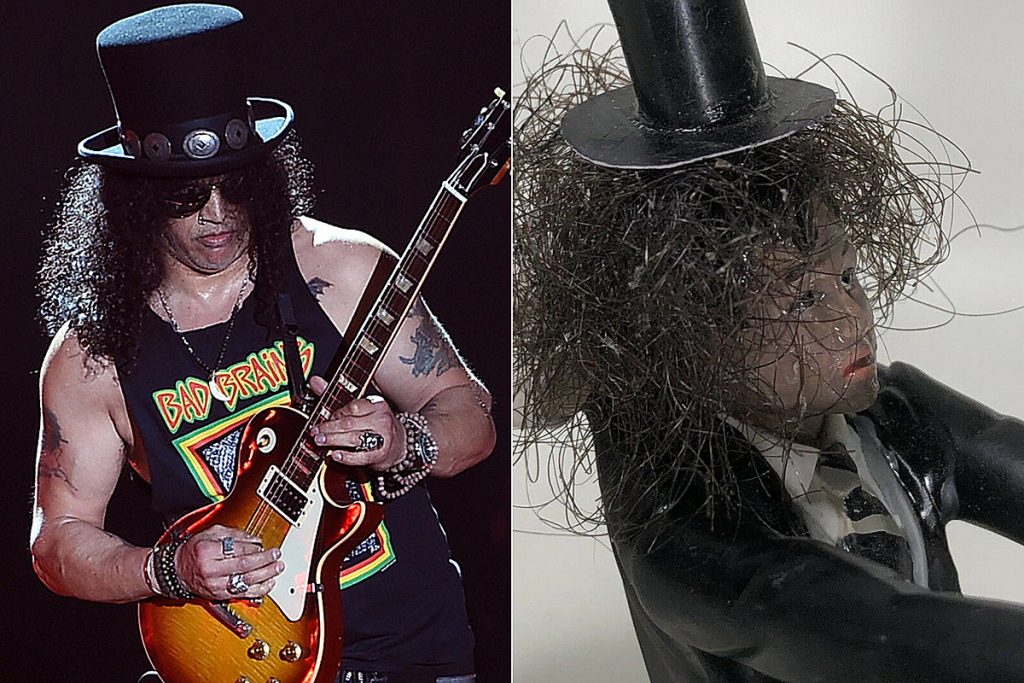 A cake topper from Slash‘s wedding, reportedly featuring the Guns N’ Roses guitarist’s actual hair, is for sale on eBay for $3000.

An October 2019 letter from Julien’s Auctions certifies that the cake topper is from Slash’s 2001 wedding to Perla Ferrar. The couple were divorced in 2018. “Lot 112 is a sculpted plastic wedding cake topper custom fitted with top hat, veil and hair to represent Slash and Perla,” reads the text. “We are herein stating in writing that when Perla Hudson cosigned this property to Julien’s Auctions, she indeed told us that the hair on the cake topper belonged to Slash.”

You can see photos of the cake topper below.

Since returning to Guns N’ Roses in 2016, Slash has kept an extremely busy schedule. In addition to playing sold out shows around the world with Axl Rose and Duff McKagan, he’s continued to tour and record with Myles Kennedy and the Conspirators.

As of this writing according to their website Guns N’ Roses are still scheduled to kick off a two-month tour of Europe on May 20 in Libson, Portugal. It is unknown what effect if any the global COVID-19 pandemic will have on these plans. The band was set to kick off a North American tour on July 4 at Milwaukee’s Summerfest, however that festival has been postponed until fall and all summer mass gatherings are obviously in jeopardy due to the ongoing health crisis.