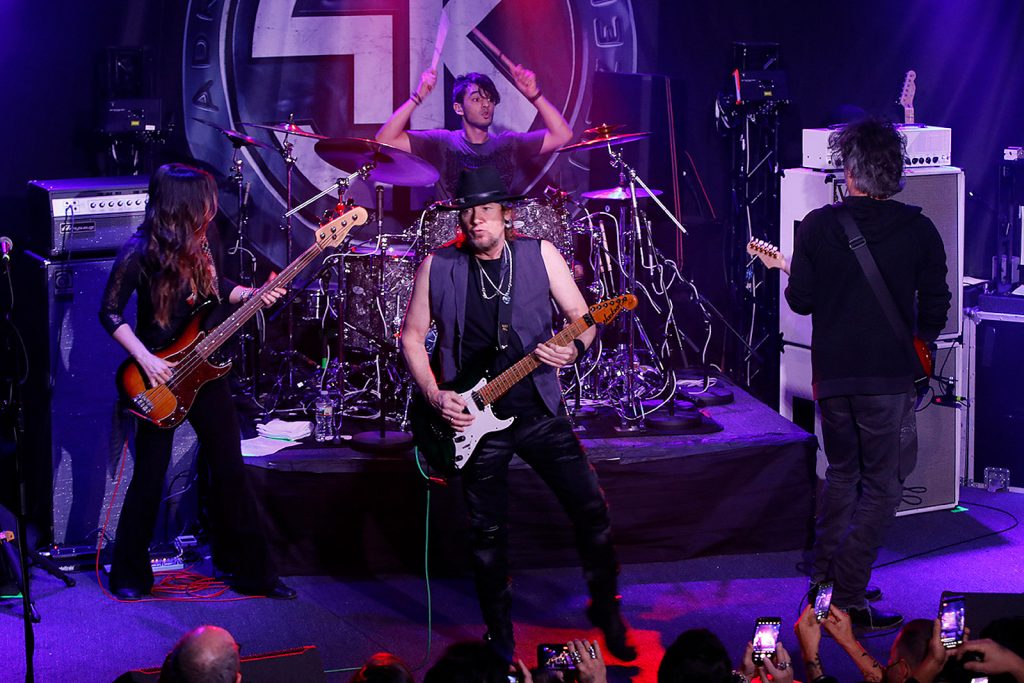 Adrian Smith and Richie Kotzen kicked off their first collaborative U.S. tour on Thursday night (Jan. 20) with a performance at the famed Whisky A Go-Go in Hollywood.

The duo released their Smith/Kotzen album in March. Fans know Smith from his tenures in Iron Maiden, while Kotzen is a member of the Winery Dogs who previously worked with Poison and Mr. Big. The two have been friends for years, but it took some gentle prodding from Smith’s wife for them to finally come together on a project.

Though Smith/Kotzen was released amid the uncertainty of the COVID pandemic, the musicians always hoped to being the songs to audiences.

“We’re excited that we can take Smith/Kotzen to the next level and bring our music to the stage,” Kotzen said back in December when the duo’s 2022 tour was announced. “It’s always been our intention to take these songs on the road and give them a good kicking about,” added Smith.

During their Whisky A Go-Go set, the group performed all nine of the songs that were featured on their debut LP, along with an additional four — “Better Days,” “Got a Hold on Me,” “Hate and Love” and “Rise Again” — which were released on a Record Store Day Black Friday EP in November. Additional tunes included Kotzen’s 2006 solo song “You Can’t Save Me” and a rendition of Iron Maiden’s “Wasted Years.”

A full set list from the performance, along with pictures and videos, can be found below.

Smith/Kotzen at Whisky A Go-Go