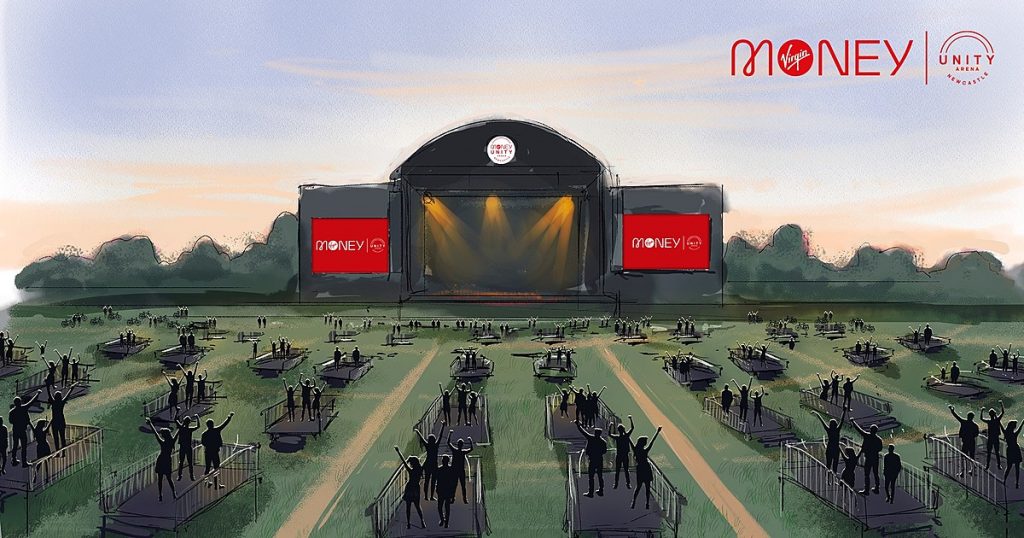 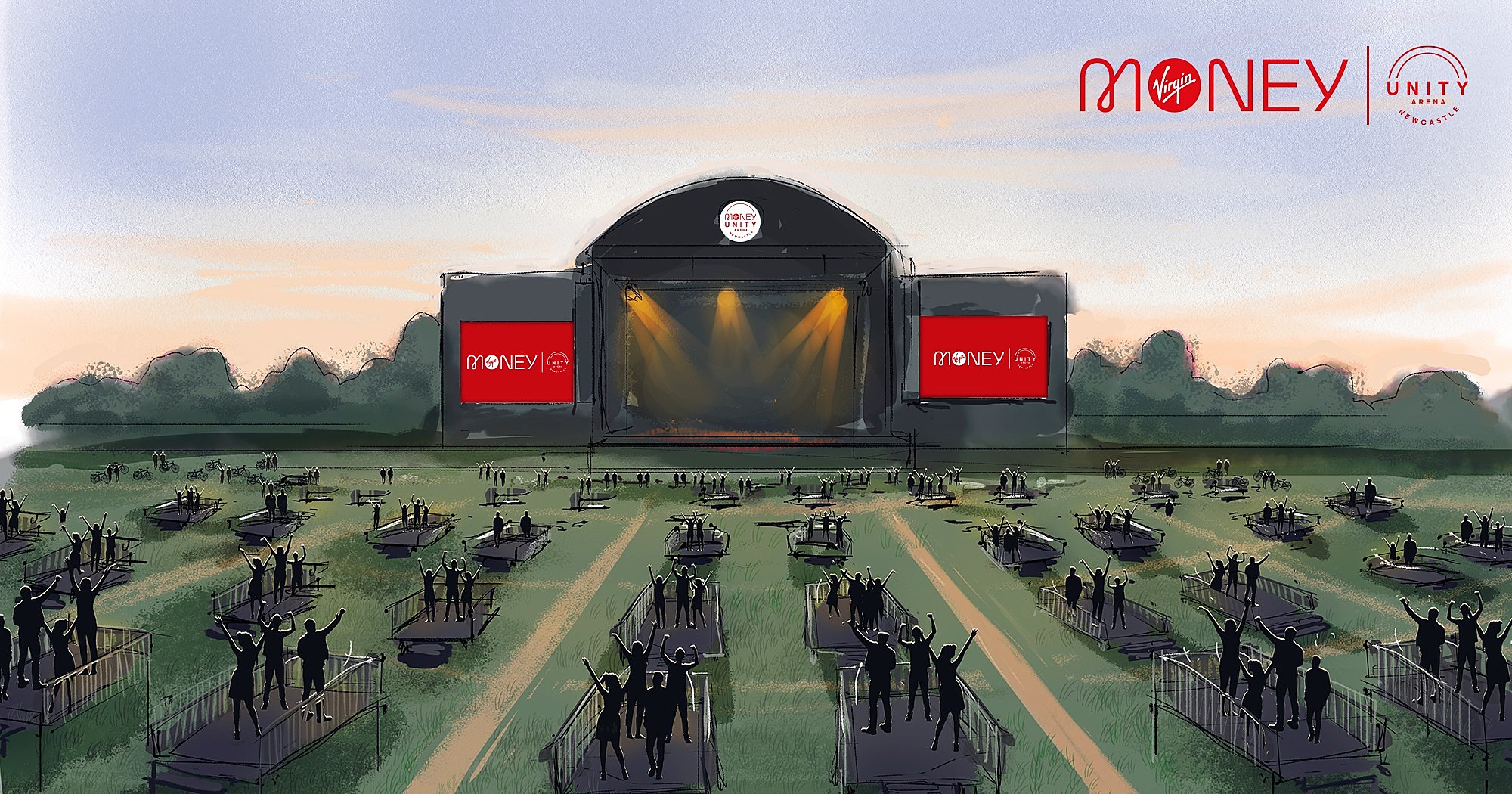 SSD Concerts may have found a way for live entertainment to return in the age of COVID-19. They’re set to open the Virgin Money UK Unity Arena in Newcastle, England’s Gosforth Park, which they say is “the U.K.’s first dedicated socially distanced music venue.”

As you can see in the picture above, it’s a stage built onto a lawn, with numerous raised platforms containing room for up to four people spread throughout. “The arena is designed to keep you safe, with organized parking and a socially distanced queuing system into the arena where you will be directed to your personal area,” they wrote on Facebook.

SSD plans to announce a lineup consisting of music and comedy this Tuesday (July 7) with tickets going on sale next Friday (July 10). Performances are set to begin next month.

With the recent spike in COVID-19 cases, the question of when live entertainment will return in the U.S. remains in doubt. Last month, artists from across the musical spectrum, including Robert Plant, Neil Young, Ozzy Osbourne and Billy Joel, co-signed a letter sent to Congress on behalf of the National Independent Venue Association’s request for assistance, saying that 90 percent of independent venues in the country will fail within six months if federal support isn’t given.

“We urge you to remember we are the nation that gave the world jazz, country, rock ’n’ roll, bluegrass, hip hop, metal, blues, and R&B,” they wrote. “Entertainment is America’s largest economic export, with songs written and produced by American artists sung in every place on the globe. All of these genres of music, and the artists behind them, were able to thrive because they had neighborhood independent venues to play in and hone their craft, build an audience, and grow into the entertainers that bring joy to millions. Independent venues give artists their start, often as the first stage most of us have played on.”