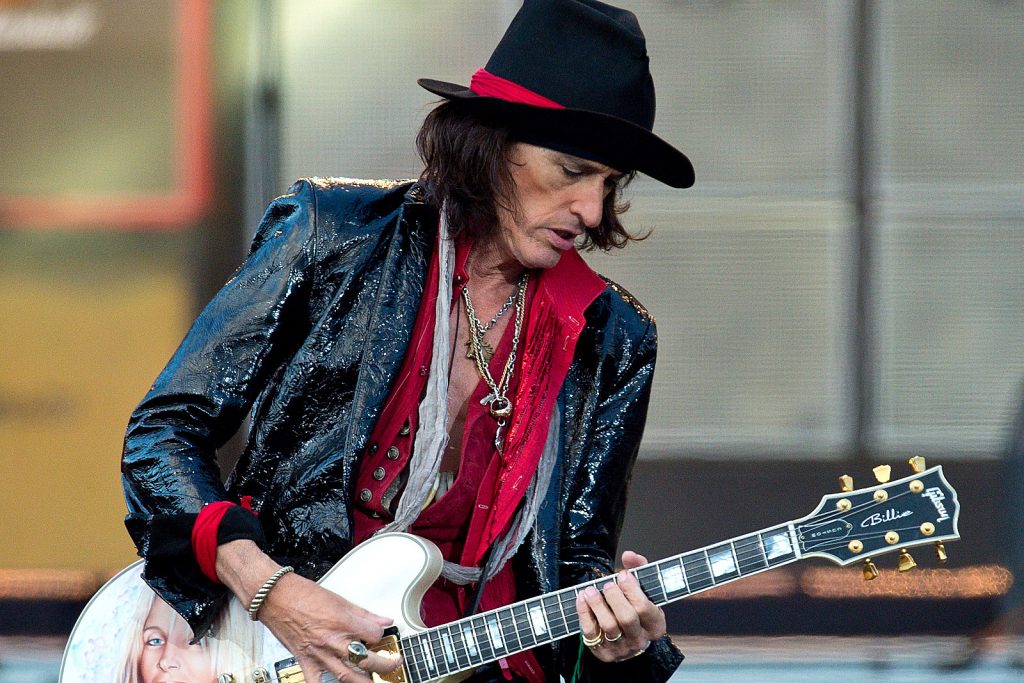 Guitarist Joe Perry revealed the unique challenge of relearning his solo material as he prepares for shows with the revived Joe Perry Project.

“We’ve been gearing up,” the rocker noted to Boston radio station WBUR. “I have seven solo albums and a lot have never really got worked [live]. The last one, for instance, we did one show at the Roxy in L.A. and the next day we went back in the studio to start working on the new [Hollywood] Vampires record, so I never really had a chance to promote the solo stuff the way I would have liked.”

As such, there are many songs from Perry’s solo catalog that have never been played live.

“When somebody tells you ‘By the way, you have to play X minutes of songs you’ve never played live before’ but are so close to your heart it’s like, ‘OK, twist my arm,’” the rocker noted. “I should know these, but it’s like learning somebody else’s songs, as I’ve never played these riffs before live. I have to go back and get my head back in the space for when I wrote those riffs.”

The Joe Perry Project’s first run lasted from 1979 to 1984. Perry brought the group back briefly in 2009-10 and revived it again this year after Aerosmith postponed dates while Steven Tyler entered rehab. The Joe Perry Project will play a trio of U.S. dates later this month, with Extreme‘s Gary Cherone handling vocal duties.

“He’s just great. He’ll take anything on and he kills it,” Perry said of the singer during a conversation with UCR. “One of the things I like to do is maybe pull out a couple of Aerosmith songs that we never play. Gary always has a couple of requests for songs that he likes to sing, the Aerosmith stuff that he likes. We all put our heads together and put a set together.”